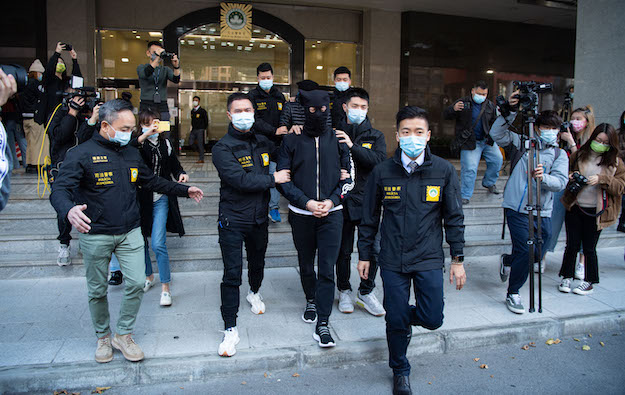 Levo Chan Weng Lin, boss of Macau casino junket brand Tak Chun, has been detained on Friday in Macau, announced the city’s Judiciary Police in a press briefing this morning (Sunday, January 30). Tak Chun has been described by investment analysts as one of the largest junket operators in the Macau market pre-pandemic.

The Macau authorities said a 49-year-old suspect surnamed Chan – identified as being a Macau resident and working as a “businessman” – had been detained following an investigation linked to a number of criminal activities, including “illicit gambling activities”, formation of a criminal group and money laundering.

A second “businessman” aged 34 years and surnamed Choi – also a Macau resident – was detained during Friday’s operations, it was said.

The police did not confirm Mr Chan’s identity, but according to several media outlets, the man detained is Tak Chun’s boss.

Macau’s casino junket sector has been in the spotlight since the detention in November of Alvin Chau Cheok Wa, and the suspension of operations at his Suncity Group, a junket brand described previously by investment analysts as the largest VIP operator in the city. According to the Macau police, this latest case is linked to Mr Chau’s, but the local authorities did not provide further details.

Chong Kam Leong, a Macau Judiciary Police spokesman, said: “Even though our two operations [dated November and now] were targeted at two different groups, according to our investigation, there is sufficient evidence that shows the two groups together participated in illicit and criminal activities.”

He added: “We targeted our investigation at the very criminal group that the suspects were involved in, not at any specific junket entities.”

Mr Chan and Mr Choi were said to be involved in illicit online betting, according to the police. The duo was also said to be facilitating a form of under-the-table betting for high rollers in Macau, known in the industry as the “multiplier”.

With the multiplier, the bet denominated at the table actually represents a bet made privately between the player and a junket industry associate that can be a multiple many times the ‘official’ one. Macau’s gaming tax, levied at a rate close to 40 percent of the gross, is paid only on the ‘official’ bet.

The police said they had been collecting evidence in relation to the investigation since 2019. They also said Mr Chan and Mr Choi were detained at a hotel in NAPE district on Friday, and both refused to cooperate with the investigation.

Sunday’s press conference by Macau’s Judiciary Police presented evidence collected, including computer hardware and HKD4.10-million (US$526,157) worth of cash, found in the two suspects’ respective homes and workplaces.

According to an investigation by GGRAsia published in early December, several major Macau junket brands besides Suncity Group have been mentioned in investigations since 2020 by public prosecutors in mainland China. That included “Tak Chun”. In a number of cases, individuals named were said to be agents that facilitated the trips of gamblers from the mainland not only to Macau and to branded junket rooms in the city, but also to overseas casino destinations.