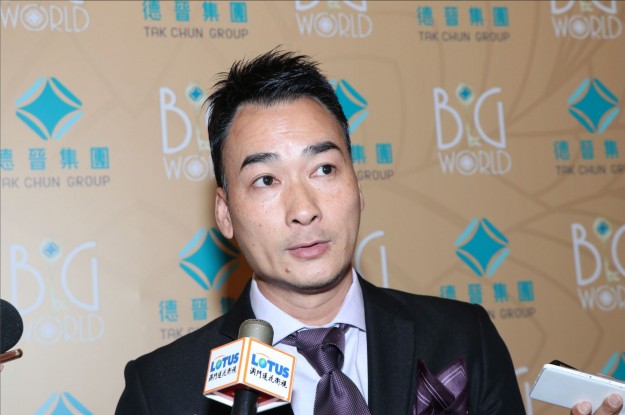 Macau-based junket investor Tak Chun Group says the company will open a new VIP club under its own brand in the Vietnamese city of Da Nang, but notes that Macau remains its major market. The brand confirmed also in commentary on Sunday that it would launch a new Macau VIP club in the second half of 2018 at the recently-opened MGM Cotai resort in the city, a property promoted by MGM China Holdings Ltd.

Tak Chun did not identify the Vietnam property where it planned to operate high roller business.

“We have been operating [in Da Nang]. Now we are starting to put in resources to open a VIP club with our brand”, Vincent Li (pictured), chief operating officer of Tak Chun, told media on the sidelines of the group’s spring dinner in Macau.

Mr Li explained that Tak Chun has successfully entered various Southeast Asian markets via several routes, including what he termed collaboration with partners. But he did not elaborate.

The Tak Chun executive also said that Da Nang was attractive to the group because of the jurisdiction’s potential.

A February note from brokerage Union Gaming Securities Asia Ltd mentioned the potential of the Da Nang market in relation to Hoiana – a casino project at Hoi An, in which Tak Chun’s Macau market rival, Suncity Group, is investing, via a Hong Kong-listed entity, a 34-percent stake.

Regarding the MGM Cotai VIP facilities, Tak Chun’s Mr Li stated: “It is very likely that there will be a new VIP club opened in the second half of this year… I think I can disclose the location, it is in MGM Cotai,” he said.

Tak Chun diclined to comment when asked by GGRAsia why the VIP room would not open until the second half of the year.

The junket investor was named by analysts as one of the five junket operators expected to open a VIP club in MGM Cotai. But neither MGM China nor Tak Chun had officially confirmed this previously to the media.

In comments on the sidelines of Sunday’s event, Tsang Ka Hung, Tak Chun’s chief financial officer, said the group’s activities in Macau and overseas markets were “complementing” each other

“At the venues in Southeast Asia, there is usually a good natural environment, like beaches, sunshine and blue sky. Macau is affluent, but it is lacking things like long coastline and a comfortable climate,” said Mr Tsang.

“But Macau is still the major market. If clients wanted to go to [overseas markets], they would come to Macau first before going elsewhere,” he added.

Tak Chun launched a new VIP club on March 20 at the Okada Manila casino resort in the Philippine capital.