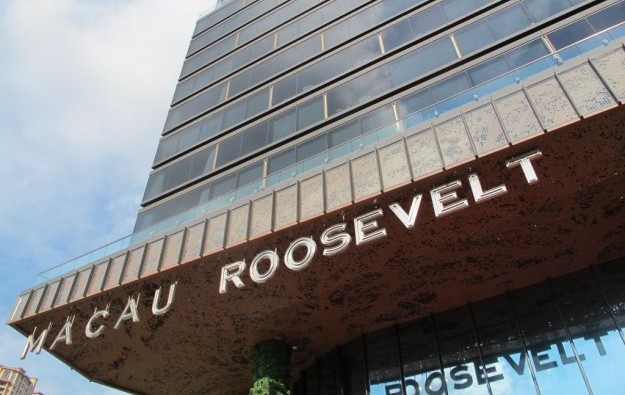 Macau junket investor Tak Chun Group is confirmed as the new VIP gambling partner at the casino inside the Macau Roosevelt Hotel (pictured) in the city’s Taipa district.

Tak Chun told GGRAsia on Thursday in response to our telephone enquiry that it had been running VIP operations there since May 23, making it the 16th VIP gaming club the junket firm runs in the city.

In October another junket firm, David Group, said it was exiting VIP operations at Macau Roosevelt Hotel, due to “business development needs”.

The new Tak Chun club has 11 gaming tables spread across five rooms, the junket group’s spokesperson added. The casino at the Macau Roosevelt Hotel operates under the licence of Macau casino operator SJM Holdings Ltd. The casino is officially called Casino Jockey Club, as it is technically a relocation of a now-closed gaming facility at the nearby horse-race track.

The junket firm has been expanding its VIP gaming services both in the city and abroad. Vincent Li, chief operating officer of Tak Chun, told media in March that the firm would launch a new Macau VIP club in the second half of this year at MGM Cotai resort.

The firm also launched a new VIP gaming club at casino resort Okada Manila in the Philippines in March – an addition to its existing two other VIP clubs in Manila: one at Solaire Resort and Casino, a property owned and operated by Bloomberry Resorts Corp; and another VIP facility at City of Dreams Manila, a property operated by a unit of Asian casino investor Melco Resorts and Entertainment Ltd.

Elsewhere in Southeast Asia, Tak Chun has opened in April a new VIP gaming club at the casino inside the Crowne Plaza Danang resort in central Vietnam.

With the new club inside the Macau Roosevelt Hotel, Tak Chun now hosts a total of 20 VIP gaming clubs in the Asia-Pacific region under its brand.