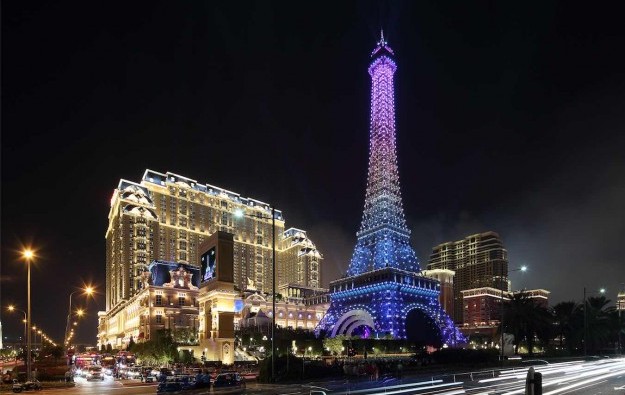 The 8,257-square feet (767-sq metre) “Parisian Tak Chun VIP Club” was launched on Tuesday, the company said in a press release. The club is located on the third floor of the Parisian Macao, with nine gaming tables and three VIP rooms, said Tak Chun. It added that the club offers “a wide range of gaming entertainment”.

Another Macau junket operator, Suncity Group had previously confirmed to GGRAsia that it would have VIP facilities in the Parisian Macao.

Tak Chun had confirmed earlier this month that it had “suspended” its VIP gaming operations at MGM Macau – a property operated by MGM China Holginds Ltd – in order to relocate resources to the Parisian Macao.

The junket group – described by some investment analysts as one of the largest VIP gambling operations in the city – had already opened a new VIP club – with a total of 15 gaming tables – at Wynn Palace, a resort that opened on August 22.

Tak Chun said in Wednesday’s release that it would continue to set up its “premium services outlets” in the resorts located on Cotai.

The VIP promoter said it had allocated “substantial amount of resources” in developing its gaming business. Tak Chun currently operates more than 100 gaming tables in several properties in Macau, South Korea and the Philippines, according to its corporate website.

Paradise Co Ltd, an operator of foreigner-only casinos in South Korea, reported casino revenue of nearly KRW48.65 billion (US$39.8 million) for January 2023, according to a Thursday filing to the... END_OF_DOCUMENT_TOKEN_TO_BE_REPLACED