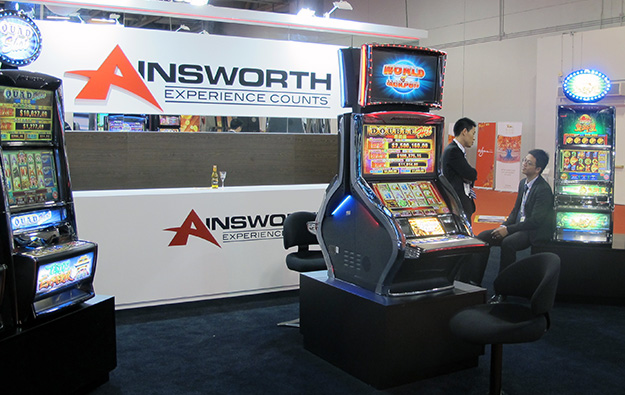 The Australian government’s Takeovers Panel has received an application from the Australian Securities and Investments Commission (ASIC) for the panel to get involved in the planned sale of a majority stake in slot machine maker Ainsworth Game Technology Ltd to Austria’s Novomatic AG.

The application by the commission seeks an order from the panel to prevent Ainsworth Game’s major shareholder and executive chairman, Len Ainsworth, from voting his shares with his wife Margarete, who is also known as Gretel. Between them they control 62.6 percent of the firm’s shares, according to a release from the Takeovers Panel filed with the Australian Securities Exchange (ASX).

Ainsworth Game had announced in a filing on May 3 that it was calling a general meeting of shareholders on June 3 in Sydney, New South Wales, to vote on the Novomatic takeover. It said in the filing: “Your directors unanimously recommend that you vote in favour.”

The media release added: “ASIC seeks an interim order that Mrs Ainsworth must not dispose of, transfer or grant a security interest over any shares or interests in shares in Ainsworth Game,” without permission of the panel or before the outcome of any proceedings that might arise from the matter.

The Takeovers Panel said it had not yet appointed a sitting panel and that “no decision has been made whether to conduct proceedings,” according to the statement.

Ainsworth Game said in a filing on Monday it had sought legal advice regarding the commission’s application.

According to the panel’s statement, Mrs Ainsworth holds 8.9 percent of the company’s shares, while her husband controls 53.7 percent.

On February 23, Mr Ainsworth agreed to sell his 53-percent stake in the company to Novomatic, a privately owned Austria-based gaming technology company.

Mr Ainsworth had arranged to sell his 172.1 million ordinary shares at AUD2.75 (US$2.00) per share for a total cash consideration of about AUD473.3 million, subject to regulatory and licence approvals, Ainsworth Game said in a filing to the ASX.

Ainsworth Game had said in its February 23 announcement that if the takeover went ahead, the current board and executive team at Ainsworth Game would stay in place, although Novomatic planned to nominate additional directors. Mr Ainsworth would remain as chairman, it added.

The imminent return of package tours from mainland China will not only help boost Macau’s tourism businesses, but is also expected to help casinos gain more foot traffic in their mass gaming... END_OF_DOCUMENT_TOKEN_TO_BE_REPLACED