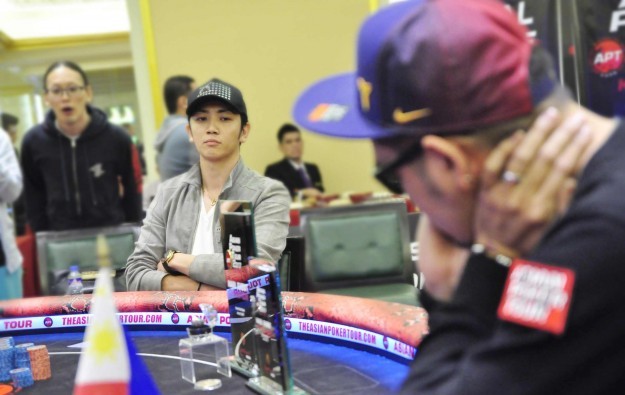 Japan’s Takumi Samejima (pictured) was the winner of the main event of the first Asia Poker Tour (APT) tournament in 2017. The player took home US$38,020, according to a Wednesday press release from the tournament organisers.

The first APT tournament of the year was held at Resorts World Manila in the Philippines, from January 11 to 19.

According to the organisation, Mr Samejima had been playing cash games and home games for a few years but this was only his third live tournament appearance. He entered the final round running second in chips, after climbing up the ranks the previous day.

The highlight event of the tournament came to a close with Mr Samejima’s straight on the final hand, making him the APT’s first Main Event champion of 2017. Philippine pro Czardy Rivera ranked second, getting a cash prize of US$23,210, followed by Samad Razavi from the United Kingdom, taking home a prize of US$16,790.

The next tournament of the Asia Poker Tour 2017 will take place between March 22 and 30, at the Hotel Inter-Burgo Casino in Daegu, South Korea.

The Asia Poker Tour was founded in 2008 and held its first event in May that year, in Manila. It has staged several major events and numerous smaller tournaments mainly in the Asia Pacific region. The tour has visited Macau, South Korea, Cambodia, India, Australia, London in the United Kingdom and Mauritius.