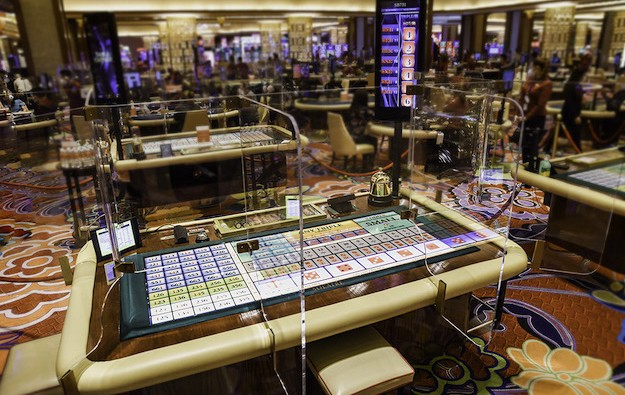 Gaming equipment supplier TCS John Huxley Ltd says its products have been selected for use at an “upgraded area” at Solaire Resort and Casino in Manila, the Philippine capital.

The United Kingdom-based firm noted in a Monday press release that the company had “enjoyed a strong partnership with Solaire for many years”.

TCS John Huxley products for use at the new upgraded area include Ora Curve baccarat displays, featuring LEDs that indicate to casino customers at or near live-dealer baccarat tables, the results of the previous eight games. Trying to identify perceived ‘trends’ in game results is something popular particularly with players in Asian markets, according to casino professionals.

The products are described as the latest in TCS John Huxley’s Blaze range, and are said to feature high-definition graphics designed to enhance the player’s experience, and also to ensure that game results are “clearly and easily seen by players, gaming and surveillance staff”, said the supplier.

Monday’s press release quoted Wallace Canlas, director, floor operations table games at Solaire, as saying the TCS John Huxley team “continue to supply relevant machines for our market, as well as customised equipment only in Solaire, while maintaining the highest of standards”.

TCS John Huxley recently said it had completed the installation of several products of its Blaze LED casino technology range at the Okada Manila gaming resort, run by a unit of Japan’s Universal Entertanment Corp, in the Philippine capital.

Separately, TCS John Huxley also gave GGRAsia an update on its recently-launched Chipper Champ UV product. The gaming chip sorter also sanitises the casino currency, and is part of the firm’s Care & Protect Range, designed for casino operations in a time of pandemic.

A company spokesperson told us: “It has so far generated a lot of interest and we are currently in discussion with some large groups in Asia regarding installations in the coming months. We are committed to working with the industry to kick start recovery, and hopefully this product will help.”