Tender for casino licence in Spain may face delays: Melco 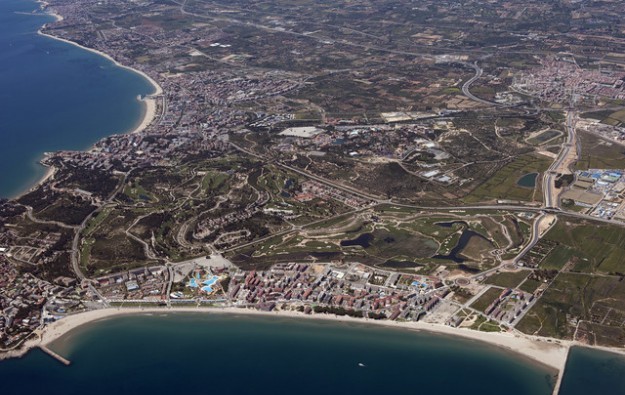 The tender process to operate a casino in Barcelona, Spain, may take longer than expected due to delays in finalising a master plan for the area earmarked for the project, said a joint announcement by companies controlled by gaming entrepreneur Lawrence Ho Yau Lung.

Hong Kong-listed MelcoLot Ltd and Melco International Development Ltd said in a filing last week that the timeline of the tender process “is dependent on the approval” of the master plan for the new tourism and entertainment area, prepared by the regional government.

The Catalan government is to issue a licence to develop a hotel and casino complex at BCN World, a large-scale entertainment complex to be developed in an area (pictured) within the municipalities of Vila-Seca and Salou, about an hour drive from Barcelona.

A proposed master plan for the area was published in the third quarter of 2015 as part of a public consultation that ended on December 1.

The Melco group firms however said the process had been stalled by negotiations to form a new government in Catalonia following the regional parliamentary elections in September 2015.

“Since this election outcome and the expiration of the master plan consultation period, there has been no public announcement from the Catalan government as to when the definitive master plan will be concluded,” said the joint filing.

“The timetable for conclusion of the definitive master plan is relatively uncertain at this juncture and may potentially delay the finalisation of the master plan and subsequently the overall timetable of the tender process,” it added.

Meanwhile, on Sunday night, after more than two months of difficult negotiations, the two pro-independence parties in the Catalan parliament struck a last-minute deal to form a new government, just two hours before hitting the midnight deadline that would have forced new elections.

According to the original plan, the BCN World project would include – among other facilities – six casinos resorts, hotels, amusement parks and shopping malls.

The result of the second phase of the casino licence tender was initially expected to be announced “no sooner than the second quarter of 2016,” according to previous filings from MelcoLot. Companies selected in the first phase of the casino tender process included two bids from Melco group, one in a joint venture with Veremonte España SL via MelcoLot, and the other one alone, via Melco Property Development Ltd, a subsidiary of Melco International.

MelcoLot announced in October last year that the agreement with its Spanish partner had been terminated, but that it would still pursue a casino licence on its own.

Melco International and related parties control more than 40 percent of MelcoLot. Melco International – of which Mr Ho is chairman and chief executive – is one of the two controlling shareholders of casino operator Melco Crown Entertainment Ltd; the other is Australia’s Crown Resorts Ltd.

Last week’s joint filing also disclosed that the convening of an extraordinary general meeting to approve a share deal between Melco International and MelcoLot would “be deferred until the definitive master plan [for the tourism area near Barcelona] has been published”. The deal is dependent upon certain conditions, such as Melco Property Development being granted a licence to run a casino in BCN World. Under the deal, Melco International and related parties would increase their stake in MelcoLot to 65.05 percent.

Macau is to create distinct zones on its casino floors and designated gambling chips that will be solely for the use of players from overseas. The moves will be part of a new gaming tax system to... END_OF_DOCUMENT_TOKEN_TO_BE_REPLACED