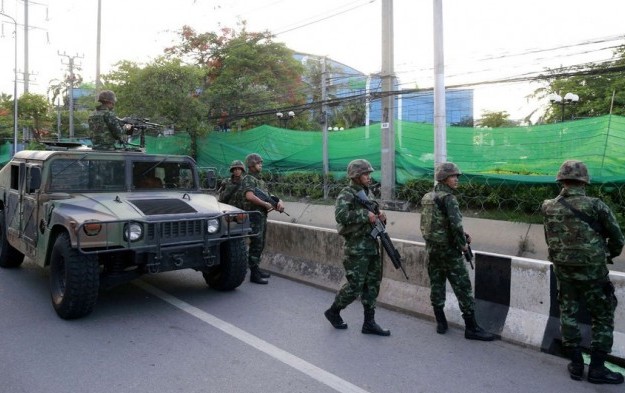 Thailand’s military coup – announced today – could have negative implications for some southeast Asian casinos, particularly those located in towns near Thailand’s border.

The last time Thailand’s army took the reins of power in 2006, the junta imposed cross-border controls on capital movement. If that happens this time and the borders are also sealed to Thai nationals for more than a few days, it could severely inhibit the ability of players to take part in cross-border casino trips. Casino gambling is not legal inside Thailand, but many Thais visit border establishments in Cambodia, Myanmar and Laos for their gaming entertainment.

According to a research paper by Patrick Lee Chang Boon, an associate professor in the faculty of business at the University of Macau, the gross gambling yield – gross turnover less the amount paid to customers as winnings – of Thai gamblers is low when judged internationally. It amounted on a per person basis to only 0.06 percent of gross domestic product per capita according to data released in 2008. But when Thais are measured by a factor known as ‘uncertainty avoidance’ – an indicator of how likely a national group is to gamble – they are in the middle of the spectrum.

A study by Chulalongkorn University’s Center for Gambling Studies, suggests Thais spend as much as US$10 billion annually on illegal gambling, much of it in huay tai din, or underground lottery houses. There are also unconfirmed rumours of major underground casinos protected by people within the military.

On Thursday afternoon Bangkok time, the Thai army announced its takeover and a daily curfew running from 10pm to 5am until further notice.

It follows failed talks between the pro-establishment yellowshirts faction and the redshirt supporters of ousted populist prime minister Thaksin Shinawatra. His sister and successor as pro-Thaksin party leader Yingluck Shinawatra was herself removed as caretaker prime minister last week – in what critics described as a judicial coup – following allegations of abuse of power.

Thailand’s army chief General Prayuth Chan-ocha said the takeover was for the good of the nation, following six months of political deadlock and street violence.

International casino operator Las Vegas Sands Corp has been ranked as the most sustainable firm in the global casino sector, according to the 2023 edition of the S&P Global Sustainability... END_OF_DOCUMENT_TOKEN_TO_BE_REPLACED