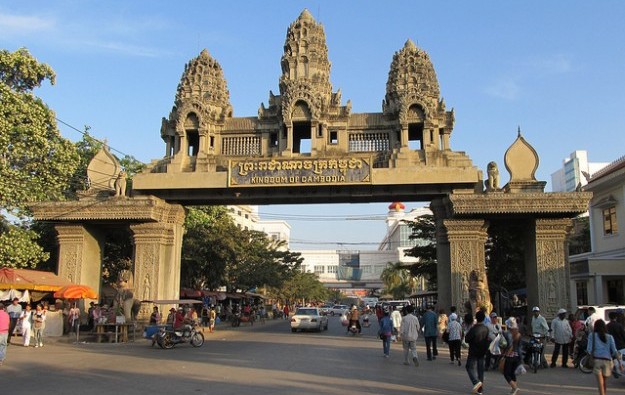 A casino operator in the Cambodian border town of Poipet (pictured) says the number of Thais visiting its three venues each day has fallen by around 40 percent since Thailand’s military coup on May 22.

GGRAsia reported that day about a possible fall in trade for casino resorts bordering Thailand if the Thai army imposed capital controls of the sort seen after the coup of 2006.

In the Southeast Asian kingdom – where casino gambling is illegal – in normal times many players choose to travel to casino venues in the bordering jurisdictions of Cambodia, Laos and Myanmar. So far, the Thai military seems to have held off draconian capital controls, which in 2006 saw a plummeting in the value of the Thai baht. But the general atmosphere of uncertainty and stepped-up scrutiny at the country’s borders might have been enough to deter Thai gamblers from venturing from home after the latest military takeover.

“On average, we receive more than 200 [Thai] visitors per day, but now the number has dropped to only a little over 100,” Kim Ledaro, managing director of a Cambodia-based company called Crown Resorts Co with three casinos in Poipet, said in comments to the Phnom Penh Post.

Official statistics from the Cambodian authorities indicate the number of people passing through the Thai-Cambodia border crossing per day has declined from an average of about 1,500 prior to the coup to about 700 on Monday, said the Phnom Penh Post.