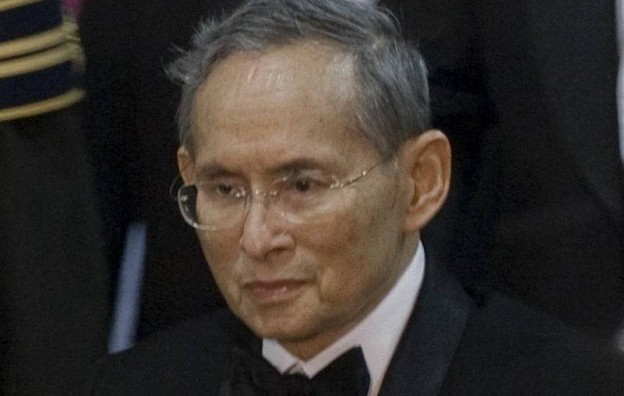 The death, announced on Thursday, of Thailand’s King Bhumibol Adulyadej (pictured) creates “near- and long-term” considerations in relation to the regional casino gaming industry, said a note on Friday from Union Gaming Securities Asia Ltd.

The King, aged 88, died at Siriraj Hospital in Bangkok, after a 70-year reign.

A number of casino industry commentators have previously suggested that the end of the king’s reign might mark a rethink of that country’s policy of barring casino gaming.

Casinos in parts of Cambodia and Laos bordering Thailand receive many of their patrons from the latter country. The only casino in neighbouring Malaysia also receives Thai customers; as do the two casino resorts in the nearby city-state of Singapore; the only casino resort in Cambodia’s capital, Phnom Penh; and casinos in Vietnam.

Referring to the national mourning for the Thai monarch, Union Gaming analyst Grant Govertsen stated: “Over the near-term, we expect at least a month-long period of very soft Thai-originated gaming volumes at several border casinos run by publicly traded operators. Over the long term, a newly-elected government under the new monarch, or perhaps a strengthened military government, could green light the holy grail of gaming expansion in Southeast Asia.”

Legalisation of casino gambling in Thailand could bring annual tax revenues of more than THB100 billion (US$2.8 billion), suggested a study released in February from Rangsit University in Greater Bangkok.

It is likely that domestic demand for casino gaming would be strong, a number of studies have indicated.

Rangsit University’s paper estimated such facilities would also be popular with foreigners, helping to drive up the number of overseas visitors to the country by 40 percent to 50 percent.

In 2015, Thailand received nearly 29.9 million foreign tourists according to data from the Royal Thai Police, collated by the Department of Tourism. Nearly 19.9 million arrivals – or around 67 percent – were from East Asia, including 7.9 million from mainland China.

In June 2015, a minority group on Thailand’s National Reform Council (NRC) suggested legalising casino gaming in the country, according to local media reports at the time. The NRC minority group suggested that Pattaya, a beach destination popular with foreign holidaymakers that is 147 kilometres (91.3 miles) southeast of the capital Bangkok, was a logical location for any casino resort.

In July 2015, Thai media had reported that Marina Bay Sands Pte Ltd, developer and operator of Marina Bay Sands casino resort in Singapore – and part of the Las Vegas Sands Corp group – was interested in operating a casino and convention complex in Thailand.

Commenting on the short-term impact on the casino industry in neighbouring countries as a result of the Thai King’s death, Union Gaming noted on Friday: “There are four publicly traded companies that have exposure to casinos that border Thailand and derive a majority of revenues from Thai patrons.”

It identified them as: Donaco International Ltd, which reported its maiden dividend in August and runs a casino in Poipet, Cambodia; Entertainment Gaming Asia Inc, which operates a slot parlour in Poipet; Macau Legend Development Ltd, which on September 1 completed the acquisition of the Savan Vegas casino in Savannakhet, Laos; and Silver Heritage Ltd, which recently switched from operating slots at a parlour in Vientiane, Laos on a revenue share basis, to leasing them to a third party.

Union Gaming added: “It is during this first 30-day period of deep mourning [for the King] that we would expect many Thai patrons to avoid going to border casinos.”

In Friday’s note, the brokerage additionally said that Thailand “represents what in all likelihood would be the most interesting gaming expansion opportunity in Southeast Asia – much more so than Vietnam”.

“This is a function of not only Thailand’s economy but [also] its advanced tourism infrastructure and given that it is a preferred global tourism destination,” wrote Mr Govertsen.

China has moved one step closer towards reopening, by relaxing some its Covid-19 control measures, with most infected people now able to quarantine at home rather than in state-sanctioned... END_OF_DOCUMENT_TOKEN_TO_BE_REPLACED