The 13 hotel launch date given later in year: PR firm 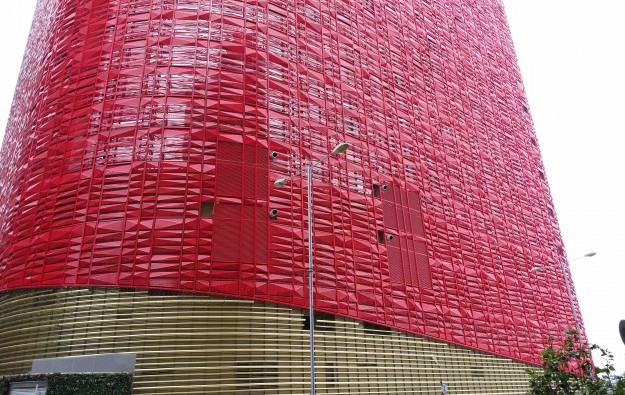 The developer of The 13 (pictured), a hotel project on the border of the Cotai and Coloane districts in Macau, said via a statement released to GGRAsia that an opening date for the property would be announced “later in the year”.

In the company’s interim report, filed in December, it was said the property was “on track” to open in the first quarter of this year.

The latest mention of a timetable for opening was contained in an email from public relations firm Edelman, sent to GGRAsia on behalf of Hong Kong-listed The 13 Holdings Ltd, the hotel scheme’s promoter.

We asked Edelman for clarification regarding an opening date for the property. The agency told us in a follow-up email: “We have provided you with all the information we have at this time.”

The 13 Holdings has in the past mentioned plans for a casino at the property. But the company has made no reference in its more recent releases of gaming facilities at the venue.

On February 15, Paulo Martins Chan, director of Macau’s casino regulator, the Gaming Inspection and Coordination Bureau, said the bureau had not yet received any request for a casino at The 13 hotel.

Edelman’s initial email to us – in response to our inquiry direct to the hotel promoter – stated The 13 Holdings “welcomes” the recent involvement of U.S.-based hedge fund Evolution Capital Management LLC, as “as one of its major stakeholders and as a financial partner”.

The statement said: “Evolution is extremely supportive of the management team of The 13 and its business strategy and has expressed a strong desire to help bring the project to fruition in any way they can.”

It added: “Evolution has proven to be extremely knowledgeable about the Macau market and The 13 is deeply appreciative of the confidence they have shown in the company.”

The statement issued by the public relations company added: “The 13 is in the final stage of bringing the project to the market in 2017. An opening date will be announced later in the year.”

A February 24 filing by The 13 Holdings confirmed that a related party of Evolution Capital Management had seen “transferred” to it – from the Ontario Teachers’ Pension Plan Board – some convertible bonds in The 13 Holdings, to a total principle value of approximately HKD1.75 billion (US$225.4 million).

The filing also confirmed that as a result, the Canadian financial institution, a long-standing investor in The 13 Holdings, “no longer holds any interest in the convertible bonds of the company”.

News of Evolution Capital Management’s interest in The 13 Holdings was given in a voluntary announcement by the latter company on February 8.