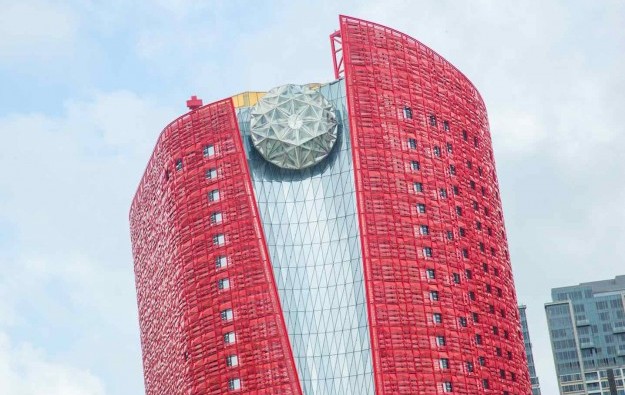 The 13 Holdings Ltd – developer of The 13 hotel (pictured) – said on Wednesday that it had agreed to sell its construction arm to fund the completion of the property, a project on the border of the Cotai and Coloane districts in Macau.

In a filing to the Hong Kong Stock Exchange, The 13 Holdings announced the sale of its approximately 51.6-percent stake in Paul Y. Engineering Group Ltd for a total consideration of HKD300 million (US$38.4 million).

The 13 Holdings estimated it would record a loss of HKD338 million on the sale of its stake in Paul Y. Engineering. The latter company was responsible for the construction of The 13 hotel.

Precious Year Ltd, a wholly owned subsidiary of Hong Kong-listed ITC Properties Group Ltd, is acquiring a stake of approximately 45.76 percent in Paul Y. Engineering for a consideration of HKD265.2 million. Tycoon Bliss Ltd, a firm wholly owned by Chan Fut Yan, deputy chairman and an executive director of Paul Y. Engineering, is paying HKD34.8 million for the remaining stake that The 13 Holdings controls in the company it is now disposing of.

Approximately 48.23 percent of the shares of Paul Y. Engineering is owned by PYI Corp Ltd, a Hong Kong-listed company that offers engineering and construction services in China.

The 13 Holdings has said that the disposal of its stake in Paul Y. Engineering is in line with the firm’s strategy of focusing on the development of The 13 hotel project.

The firm said the proceeds are to be used to cover costs related to “furniture, fixtures and equipment, operating supplies, inventories and staff costs, debt servicing and the general working capital of the group”.

In a separate filing the same day, containing the results for the financial year ended March 31, The 13 Holdings said it had obtained the occupation permit for the hotel at the end of March. “The group is now in the process of obtaining the necessary licences for the operational and soft-opening phase of The 13 hotel,” the company added.

The firm said it expected to open the hotel in the second half of 2017. It added that it already hired senior management for the property, “while hiring of functional staff is in the process”.

In a filing in April, The 13 Holdings said it expected the hotel to be opened by the end of July 2017. Wednesday’s filings to the Hong Kong Stock Exchange made no mention of gaming at the property.

In the latest earnings filing, the company said that certain loan covenants of its bank borrowing of approximately HKD3.02 billion require the opening of the hotel “to be no later than 31 July 2017”.

“If in mid-July the group anticipates that the hotel cannot be opened according to the … schedule, the directors of the company will obtain an extension of the opening date under this covenant. The group has successfully applied for an extension from 31 March 2017 to 31 July 2017, in mid-March 2017,” said The 13 Holdings.

For the year ended March 31, 2017, The 13 Holdings reported a net loss of approximately HKD45 million, compared to HKD197 million in the prior-year period. The group recorded consolidated revenue – entirely from its engineering segment – of about HKD6.13 billion, down 10.1 percent year-on-year.

SOFTSWISS Jackpot Aggregator is cooperating with Curaçao-licensed Spinago to launch the latter’s worldwide jackpot campaign for the online gaming sector. The information was given by SOFTSWISS, a... END_OF_DOCUMENT_TOKEN_TO_BE_REPLACED