The seed of Cotai 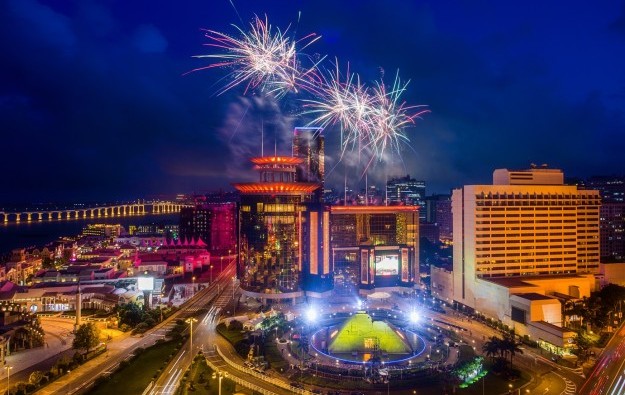 Sands Macao was “the seed” for the current gaming boom in Cotai, says the chief executive of Sands China Ltd, Edward Tracy.

Mr Tracy’s comments were made today during the official celebrations of the 10th anniversary of Sands Macao. The property located on the Macau peninsula opened on May 18, 2004. Sands Macao was the first casino in the city outside of Stanley Ho Hung Sun’s 40-year monopoly and the starting point of Las Vegas Sands Corp’s foray in Asia.

Las Vegas Sands is the parent company of Sands China.

“Beyond celebrating 10 years since we opened our first property in Macau, we also celebrate the incredible pace of growth we’ve all seen over these past 10 years,” said Mr Tracy. “Sands China has grown tremendously of course, but even more significant is the growth of Macau into a world centre of tourism and leisure.”

He added: “Our company will continue to leverage its integrated resort business model to help bring the best of the best to Macau, including the world’s biggest names in sports, film, music and more.”

The Sands Macao 10-year celebrations included the unveiling of a large sand replica of Sands Macao and a fireworks show. Sands China also held an appreciation event for employees who have been with the company since the opening of its first property here.

The gaming operator says that more than half of the approximately 4,000 Sands Macao founders who joined the company in April 2004 continue to work at Sands China today.

Macau casino operator MGM China Holdings Ltd had a “record” market share in January, and its venues were the “highest-earning businesses” in the portfolio of the majority owner MGM Resorts... END_OF_DOCUMENT_TOKEN_TO_BE_REPLACED