Three casino plots in Russia’s Primorye up for auction 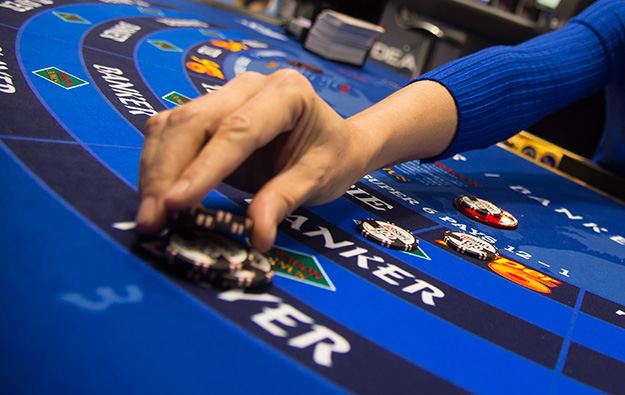 The Primorsky Krai Development Corp has launched a total of three independent auctions for land earmarked for casino development. The plots are in the Primorye Integrated Entertainment Zone (IEZ), a casino development area located 50 kilometres (31 miles) from Russia’s Pacific port of Vladivostok.

Primorsky Krai Development is a government-owned company overseeing the development of the Primorye IEZ.

The application period to present bids for each of the three plots started on July 14. The deadline for applications is August 28, according to a notice on the official website of Primorsky Krai Development. The winners will be announced the following day.

The first lot up for auction covers 7.9 hectares (17.2 acres), according to a presentation sent to GGRAsia by a representative from Primorsky Krai Development. Investors are required to invest at least US$120 million and develop a four-star casino hotel. The gaming component of the property is to feature a minimum of 50 gaming tables and 300 slot machines.

The second set up for auction features total land area of 13.78 hectares divided into two contiguous pieces of land. Investors are required to spend at least US$210 million on a hotel complex with casino, featuring a minimum of 100 gaming tables and 500 slot machines.

The third plot for auction is to host a hotel complex with a casino and park area. It covers a land area of 19.7 hectares, requires a minimum investment of US$300 million and entitles the investor to operate at least 100 gaming tables and 500 slot machines.

It has been recently reported by several Russian media outlets that the Russian central authorities had expressed concerns that progress on the Primorye IEZ is lagging. Two Asian firms separately investing in the area – namely Summit Ascent Holdings Ltd and NagaCorp Ltd – confirmed to GGRAsia they had recently held meetings about their projects with high-level Russian federal officials.

The only company that has so far built a casino in the zone is Hong Kong-listed Summit Ascent. It opened phase one of its Tigre de Cristal resort in autumn 2015.

Hong Kong-listed casino operator and developer NagaCorp had a ground breaking ceremony on its Primorye site in May 2015. Company chairman Tim McNally told GGRAsia earlier this month that the firm was still anticipating to open the property in the first half of 2019.

A third investor, Diamond Fortune Holdings Ltd, reportedly began recently ground preparation for its first casino resort in the Primorye IEZ. The firm plans to open the first stage of the project – named Selena World Resort and Casino – in 2019.

Brokerage Union Gaming Securities Asia Ltd said in a July 7 note that an investor in the Primorye IEZ, Royal Time LLC, “recently had its licence pulled due to delays”.

Macau is entering a “new phase” in its approach to dealing with Covid-19, said on Thursday the official in charge of health policy, after nearly three years that has seen the tourism and casino... END_OF_DOCUMENT_TOKEN_TO_BE_REPLACED