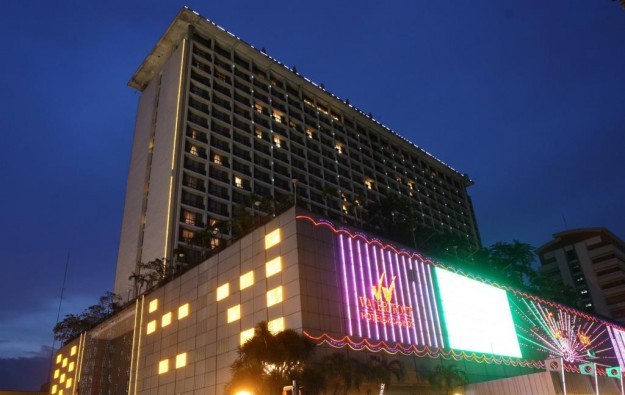 At least three people were killed and 23 injured by a fire in a casino hotel in the Philippine capital Manila on Sunday, according to local authorities quoted by international media outlets. More than 300 guests were evacuated, some by helicopter, officials said.

The blaze engulfed the Waterfront Manila Pavilion Hotel and Casino (pictured in a file photo), a 22-storey hotel and casino complex operated by Philippines-based Waterfront Philippines Inc. The property is located in the heart of Manila’s tourist district.

Among the dead were two hotel security guards and a treasury officer. They had likely suffocated while another 23 people had been taken to hospital, Johnny Yu, the head of the Manila Disaster Risk and Reduction Management Office, was quoted as saying by the Associated Press.

The casino at the property is operated by the country’s regulator-cum-operator Philippine Amusement and Gaming Corp (Pagcor), under the “Casino Filipino” brand. The dead were all employees of Pagcor.

Officials had initially said at least four people died in the fire, but later said that one of those was revived by doctors at a hospital and was in critical condition. Two people were reportedly missing, according to officials.

Mr Yu said it was still unclear if the fire at the Waterfront Manila Pavilion Hotel and Casino started in the casino on the lower floors or in an area of the hotel that was under renovation.

The official said additionally that the sprinklers at the casino hotel did not work, quoting reports from firefighters deployed to the site, reported news network Rappler.

Waterfront Philippines said in August last year it would implement a PHP350-million (US$6.74 million) renovation programme at its Waterfront Manila Pavilion Hotel and Casino. It was part of renovation plan covering four of its properties, including the firm’s three casino hotel schemes.

According to local media, the fire at the Manila property was still raging nine hours after it began on Sunday morning. TV footage showed dark gray smoke billowing from the lower floors of the hotel as rescuers brought people out of the building.

Authorities blocked off the areas around the property, to allow firetrucks to approach and help fight the blaze.

This is the second fire to hit a casino property in Manila in less than 10 months. In June last year, an armed attacker set a fire at the Resorts World Manila casino hotel complex, claiming the lives of 37 people. The attacker later committed suicide by setting himself on fire inside a room at the property.

Only two of Macau’s 18 satellite casinos – the Rio Casino and the President Casino – have closed amid changes to the city’s regulatory system for such properties, and against... END_OF_DOCUMENT_TOKEN_TO_BE_REPLACED