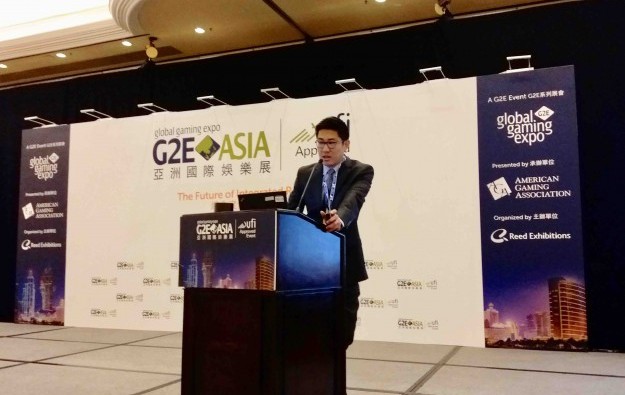 The biggest source markets for Chinese outbound tourists in coming years are likely to be China’s so-called Tier 2 cities and below, said Vey-Sern Ling, an Internet analyst at Bloomberg Intelligence, during a conference session on Wednesday at Global Gaming Expo (G2E) Asia 2018 at the Venetian Macao.

The growing role of Tier 2 cities in fuelling China outbound tourism was likely to have significance for the compostion of the Macau visitor market. The city last year recorded about 32.6 million tourist visits, with 29.4 million arrivals from mainland China, and 41 percent of those mainland arrivals from Macau’s neighbour, Guangdong province, according to Macau government figures.

Citing data from the China National Tourism Administration, Mr Ling indicated in his presentation that in some Tier 2 cities outside Guangdong – such as Xi’an, in Shaanxi province – the growth rate in outbound departures was as high as 360 percent; while even in cities with more modest outbound tourism expansion, such as Chengdu in Sichuan province, the rate was 75 percent.

The “tier” category system applied to Chinese cities by marketing professionals and others relates to factors including local economic development, local gross domestic product, advanced transportation systems and infrastructure, as well as for historical and cultural significance.

Chinese people made 130.5 million trips overseas last year, a 7 percent year-on-year increase. Aggregate spending increased by 5 percent to an estimated US$115.3 billion, according to a report released by Chinese online travel services provider Ctrip and the China Tourism Academy, a state body.

The use of online digital technology in China was “disrupting” the way its citizens consumed information on travel and travel products, noted Bloomberg’s Mr Ling, adding this was creating growth in impulse travel.

“Almost half of Chinese travellers are making bookings only two weeks in advance,” he added.

One point to be considered by providers of tourism products and services – including Asia-Pacific casino resorts – was that Chinese people under 30 made up 28 percent of annual outbound travel, said the analyst.

South Korea on Thursday said it would from June 1 resume issuing short-term tourism visas for trips to the country’s mainland, for individual visitors and groups of tourists. Permits for... END_OF_DOCUMENT_TOKEN_TO_BE_REPLACED