Tiger deal based on presumption of regularity: Asiabest 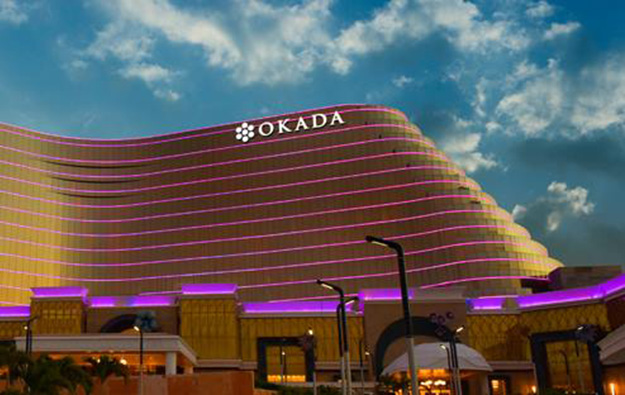 Philippine-listed Asiabest Group International Inc says the firm’s proposed takeover by Hong Kong-registered Tiger Resort Asia Ltd is based on the “presumption of regularity” of documents presented by the latter company.

The comments were made in a Wednesday filing to the Philippine Stock Exchange. They followed a letter by legal representatives of Japanese gaming tycoon Kazuo Okada requesting the exchange to disclose the details of the proposed takeover.

Tiger Resort, Leisure and Entertainment Inc – the operator of the Okada Manila casino resort (pictured) – is a subsidiary of Tiger Resort Asia.

Mr Okada’s representatives noted that there was currently an ongoing legal case involving the control of the Okada Manila operator, and that Mr Okada had not been consulted about the agreement for Tiger Resort Asia to buy two-thirds of Asiabest.

If approved by the regulators, the takeover of Asiabest Group could allow Tiger Resort Asia, which is controlled by Universal Entertainment Corp of Japan, to float the operator of Okada Manila. The execution date for that deal is scheduled for November 12.

Following a request for clarification regarding Mr Okada’s letter, made by the Philippine Stock Exchange to Asiabest Group, the latter firm stated it had “no knowledge, or means to verify the existence, truth, and veracity of the allegations” made by Mr Okada’s legal representatives.

“Asiabest Group can inform [the] Philippine Stock Exchange, however, that the [the firm’s] shareholders were presented with documents showing that the transaction was duly authorised by Tiger Resort Asia… and that the shareholders relied on the presumption of regularity of such documents,” it said in its Wednesday filing.

Asiabest Group added that Universal Entertainment had “also confirmed the regularity of the transaction by disclosing [it] to Jasdaq Securities Exchange.”

The fight for control of Tiger Resort, Leisure and Entertainment is part of a wider legal battle between Mr Okada and Universal Entertainment, a firm he founded. Mr Okada was removed from the board of Universal Entertainment last year, after being accused by the firm’s current management of “three acts of fraudulence” outlined in what the company said was an independently-commissioned investigation.

The decision by the Macau government to grant fresh 10-year licences to each of the city’s six incumbent casino operators has been welcome by top management at those firms. Each of the concessions... END_OF_DOCUMENT_TOKEN_TO_BE_REPLACED