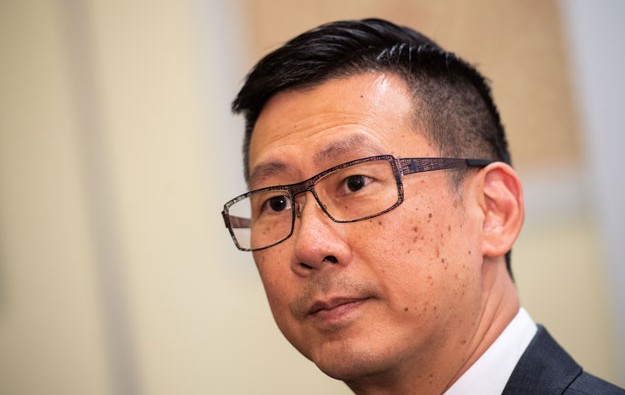 Fresh regulation of Macau’s junket sector – currently in the draft stage – would involve “raising the standard on background checks” of those involved in such business, and their “capital sources”.

So said Paulo Martins Chan (pictured in a file photo), the head of Macau’s casino regulator the Gaming Inspection and Coordination Bureau, a body also known as DICJ. He was speaking on Thursday on the sidelines of a public event.

Macau already requires background checks and licensing for key personnel among the city’s gaming promoters – also known locally as junkets – that bring in most of the VIP players to the local casino market, and that arrange for the extension of credit for play and the collection of money owed on gambling losses.

In his Thursday comments, Mr Chan didn’t give more detail on possibly more stringent background checks for the junket sector.

The official – a former public prosecutor – was also non-committal on when fresh junket legislation might be presented to the city’s Legislative Assembly.

“There are ongoing works about that…. now it is at almost the end of this year – so we’re just trying to do our best on it.”

Mr Chan stated regarding proposed junket regulation: “Undoubtedly we are going to raise the threshold for junkets who are entering the market. We are also going to reinforce regulation of them.”

In January Mr Chan noted that a draft amendment bill regulating the city’s junket promoters was “ready”, but still needed to go through some adjustments. On Thursday he noted that the document was still the subject of consultation with the junket sector.

As part of the draft bill, the Macau government had in January proposed raising the capital deposit for any licensed casino junkets newly-registered in Macau, to MOP10 million (US$1.27 million), Mr Chan noted at the time.

Asked on Thursday by GGRAsia whether the aim was still for that size of deposit, Mr Chan said: “We are still open on that aspect and we’re still studying it.”

The official was asked about the response of the junket sector during the gaming bureau’s consultation on the draft law.

He stated: “The junket sector is quite positive on the draft law proposal. It [the sector] feels that more stringent requirements can enhance the reputation for the sector as a whole, so they [the junkets] are willing to comply with it in order for the sector to sustain a healthy development for the long term.”

The Macau government released on October 9 a so-called “mid-term review” of its first Five-Year Development Plan.  The review mentioned that an industry consultation on the proposed rejig of the rules regulating junkets had been completed. But the document did not mention either the nature of such regulations; when they might enter the legislative stage; or the details of the consultation process.

Macau has been incrementally extending oversight of VIP promoters operating in the city.

In 2017 The Macau government started an audit programme of the credit-issuance records for the city’s licensed VIP gaming promoters.

In 2018, following large losses by some members of the public that had invested capital in some local junket operations, the authorities flagged their intention to have tighter controls on the capital sources of the junkets.