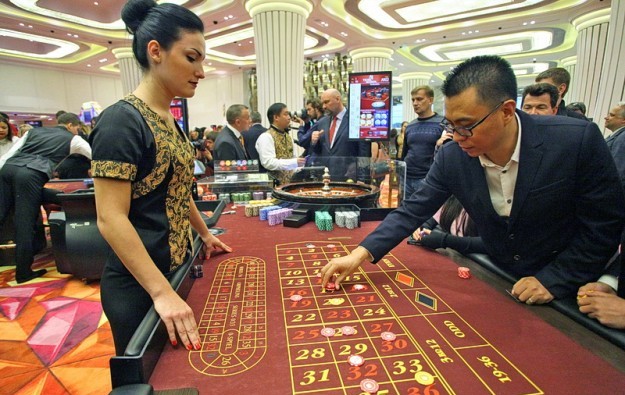 The memorandum of understanding also covers “potential investment in future investment projects of Kangwon Land” by Summit Ascent; and “other direct or cross holding investment as appropriate”.

Summit Ascent gave the news to the Hong Kong Stock Exchange in a filing carrying Friday’s date and published on Monday.

Kangwon Land operates what is currently the only casino resort in South Korea where that country’s nationals are allowed to gamble. Kangwon Land reported net income of KRW123.7 billion (US$110.1 million) for the second quarter of 2016, up by 27.1 percent from the prior-year period.

Tigre de Cristal is currently the only casino in operation in the Primorye Integrated Entertainment Zone, a casino development area located 50 kilometres (31 miles) from Russia’s Pacific port of Vladivostok.

Tigre de Cristal had a soft launch in October last year and an official one the following month. The scheme opened with 121 hotel rooms and 321 slot machines, 33 mass tables and 35 VIP tables.

In September 2015, a representative of Summit Ascent told GGRAsia that the first phase of Tigre de Cristal had a capital budget of US$172 million and there was a commitment by Mr Ho and his partners to spend “up to” US$700 million in total, including a second phase – which at that stage was mooted to open in 2018.

Other areas of potential cooperation are a: “joint or sole golf course, clubhouse, and sporting club development; and duty free shopping in phase two” of Tigre de Cristal.

In May a unit of Melco International Development Ltd, a firm led by Mr Ho, said separately it was to provide consultancy services to a casino that is “to be developed” over a period of three years on Jeju Island in South Korea.

Most of Macau’s casino operators are likely to generate positive free cash flow in the first quarter, given the robust recovery level of mass-market gross gaming revenue (GGR) in January, relative... END_OF_DOCUMENT_TOKEN_TO_BE_REPLACED