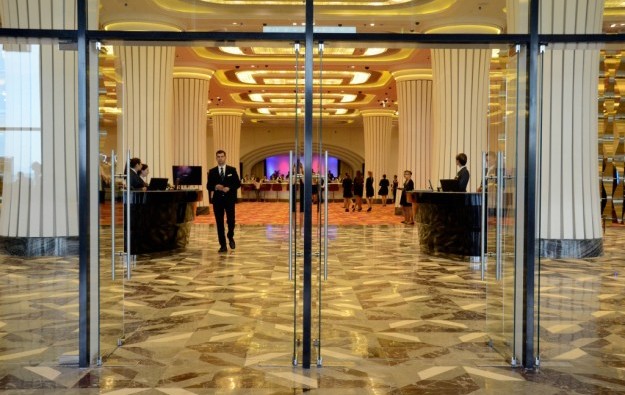 Were a reported planned amendment to Russian gaming law passed, it could potentially double the taxes payable on machines and tables by a casino project backed by Lawrence Ho Yau Lung, says a note from brokerage Union Gaming Securities Ltd.

But the institution added it was far from certain whether there would even be any impact on the Tigre de Cristal casino venture (pictured), led by Mr Ho’s Hong Kong-listed vehicle Summit Ascent Holdings Ltd and based in the Primorye Integrated Entertainment Zone (IEZ) near Vladivostok.

“Even if Primorye [IEZ] doubled its tax rate to the potential new statutory maximum, the taxes paid by Summit Ascent would go from around HKD10 million [US$1.29 million] at current tax rates to HKD20 million on an annual basis (or about a 2 percent EBITDA impact),” wrote analyst Grant Govertsen in a Sunday memo, referring to earnings before interest, taxation, depreciation and amortisation.

Summit Ascent said in its interim report for 2016 filed with the Hong Kong bourse in September, that as of the reporting period, gaming tax in the Russian Federation was determined by applying a fixed monthly fee to the number of gaming tables and slots in a casino property. It said the monthly fees per table and per slot were RUB125,000 (US$2,107) and RUB7,500 respectively.

“We do not believe the [legislative] changes have been finalised yet,” said Mr Govertsen’s memo.

He added: “Local policy can be different than national policy as Vladivostok (Primorye IEZ gaming area) establishes its own – potentially lower – tax rates that are within a band set at the federal level.”

The possibility of an increase in gaming taxes for Russia’s casino projects was mentioned in Russian media reports last year.

GGRAsia approached Summit Ascent for a comment on the latest reports, but was still awaiting a formal response at the time this story went online.

A report with Sunday’s date in the Russian-language outlet Championat, said the Russian Federation’s Ministry of Finance was considering an initiative that would potentially include an increase in taxation on casino gaming operators, including per-unit levies payable on gaming tables and slot machines.

GGRAsia understands that a gaming tax liability mentioned for Summit Ascent in its interim report was recorded on an unconsolidated basis, and that the company’s actual gaming-related taxation burden will be clearer in the full-year results.

Most of Macau’s casino operators are likely to generate positive free cash flow in the first quarter, given the robust recovery level of mass-market gross gaming revenue (GGR) in January, relative... END_OF_DOCUMENT_TOKEN_TO_BE_REPLACED