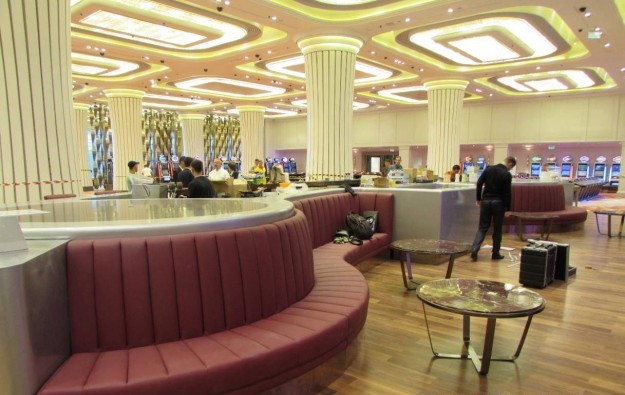 Phase 1 of the Tigre de Cristal casino resort (pictured) in the Russian Far East is to have its official opening on November 11,  the resort’s main backer, Hong Kong-listed Summit Ascent Holdings Ltd, has confirmed to GGRAsia.

Local RIA Novosti news agency reported – quoting local officials – that Tigre de Cristal’s 121-room hotel is fully booked through to the end of 2015 and that the majority of the guests are from outside Russia.

“The development looks to tap into the vein of 120 million Chinese and Koreans that live within a two-hour flight of the region,” said a note earlier this month from Union Gaming Research LLC.

The first stage of development had a soft opening on October 8. Phase 1 has a capital budget of US$172 million and there is a commitment by Mr Ho and his development partners to spend “up to” US$700 million in total.

Macau’s casino gross gaming revenue (GGR) for the first five days of February is estimated at MOP1.9 billion (US$235.1 million) – or MOP380 million per day – a level that suggests a “45... END_OF_DOCUMENT_TOKEN_TO_BE_REPLACED