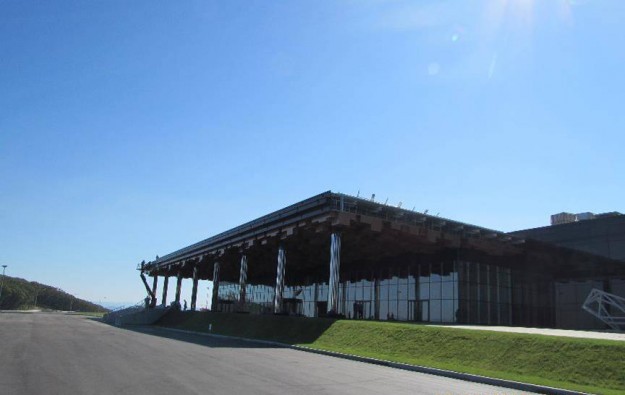 Phase 1 of the Tigre de Cristal casino resort (pictured) in the Russian Far East should “ramp up” its operations to full capacity “approximately three to six months” after opening, said a filing from the main backer, Hong Kong-listed Summit Ascent Holdings Ltd.

The property – in the Primorye Integrated Entertainment Zone (IEZ) near Vladivostok – is due to have a soft opening on October 8 followed by an official one in “late October”, the key investor had said in an August filing. The venue is targeting gamblers from South Korea, China and Japan as well as domestic business.

“All key management positions at the operating company have already been filled and the majority of initially required gaming, food and beverage, and other staff members are also on board,” added Friday’s filing.

The first stage of development has a capital budget of US$172 million and there is a commitment by Mr Ho and his development partners to spend “up to” US$700 million in total.

Phase 2 of Tigre de Cristal will add 500 rooms across two hotels; a further 500 slot machines; a further 100 VIP tables; 70 mass-market gaming tables; a shopping mall; food and beverage outlets; a spa centre; a nightclub; and conference and auditorium facilities. The phase 2 complex will be three times the size of phase 1, Mr Landheer had said.

“Our project continues to benefit from Russian federal and local government infrastructure funding. We expect ongoing support for our project as the Russian Federation seeks additional foreign investment into the Primorsky Krai IEZ and other designated IEZs in the country,” said Summit Ascent’s Friday filing.

The firm described as “another positive sign” the fact that a consortium led by Singapore Changi Airport Authority had agreed to acquire a majority stake in Vladivostok International Airport, the nearest air hub to Tigre de Cristal.

The imminent return of package tours from mainland China will not only help boost Macau’s tourism businesses, but is also expected to help casinos gain more foot traffic in their mass gaming... END_OF_DOCUMENT_TOKEN_TO_BE_REPLACED