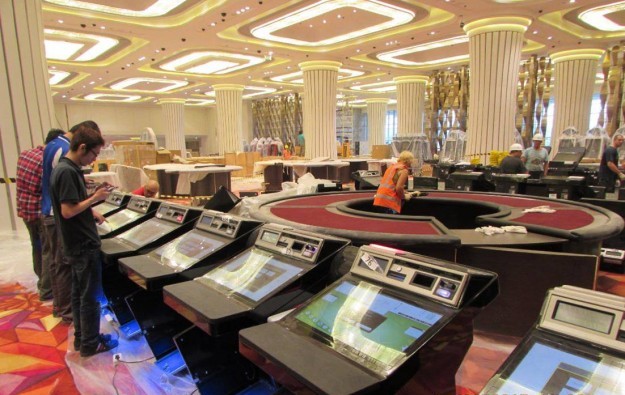 No date for the official opening has yet been announced, but “late October” was mentioned in an August filing by the resort’s majority investor, Hong Kong-listed Summit Ascent Holdings Ltd.

“We will initially focus on mass and premium mass business and… we have had significant discussions with junkets from multiple jurisdictions,” added Mr Landheer.

The first phase of Tigre de Cristal has a capital budget of US$172 million and there is a commitment by Mr Ho and his partners to spend “up to” US$700 million in total, including a second phase currently scheduled to open in 2018.

The resort scheme is independent from Mr Ho’s casino investments in Macau and the Philippines done via Melco Crown Entertainment Ltd.

Phase 1 of Tigre de Cristal will have 42 mass-market tables, 25 VIP tables and 769 machines, Mr Landheer told GGRAsia in a September interview. Phase 2 will include a shopping mall, spa, nightclub, and conference and auditorium space.

Macau casino operator MGM China Holdings Ltd had a “record” market share in January, and its venues were the “highest-earning businesses” in the portfolio of the majority owner MGM Resorts... END_OF_DOCUMENT_TOKEN_TO_BE_REPLACED