Tigre new phase put back to 2025 amid Russia sanctions 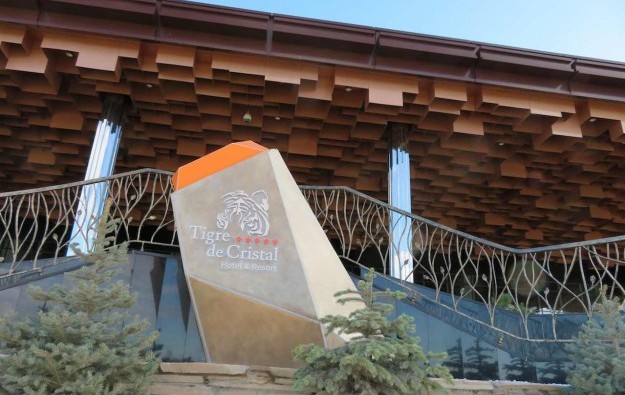 The Hong Kong-listed chief backer of Tigre de Cristal, a casino resort in the Russian Far East, says Phase II of the property (pictured) is being postponed to “no earlier than 2025”, due to “the continual negative impact of the Covid-19 pandemic, particularly restrictions on international travel,” as well as, “economic uncertainties”.

Summit Ascent Holdings Ltd added in its annual report, filed to the Hong Kong Stock Exchange on Tuesday, that what it termed “aggressively escalating economic sanctions against the Russian Federation” by the United States, the European Union and allied nations, due to the Russia-Ukraine conflict, could also affect capital investment in Tigre de Cristal.

Summit Ascent had said in its latest interim report, issued on September 15, that Phase II was due to be “ready in 2023”.

Summit Ascent said in its annual report that Tigre de Cristal – in the Primorye Integrated Entertainment Zone (IEZ), near Vladivostok on the country’s Pacific coast – continued to operate and had been “self-sustaining without any bank borrowings”.

But the company added: “We shall have to adjust our operations to the reality of a volatile business environment and try to find ways to do business within the new constraints we may face including, but not limited to, the payment platform for further capital investment for the Tigre de Cristal Phase II, loan repayment and dividend repatriation to its parent companies in Hong Kong, settlements with the overseas customers, suppliers and service providers, and the increased operating costs due to the inflation and supply-chain disruptions.”

Summit Ascent also noted that in the face of economic sanctions against Russia, the country’s currency, the rouble, had “plummeted to a record low”.

The company added: “As the rouble depreciation threatens to stoke inflation, the Bank of Russia more than doubled its key interest rate to 20 percent from 28 February 2022.”

On December 1, Summit Ascent had said Alvin Chau Cheok Wa, its then chairman and chief executive, was resigning from those posts, “in view of the pending legal proceedings against him”.

In November, Mr Chau was detained in Macau on suspicion of facilitating illegal gambling overseas for Chinese customers.

Revenue from hotel operations was up 106.4 percent, at HKD17.1 million.

The improvements were “predominantly attributable to the local customers as the number of foreigners visiting our property dropped significantly after different governments have adopted various travel restrictions and quarantine measures for travellers due to the Covid-19 pandemic,” said Summit Ascent.

The firm added: “The increase was also partly due to the base effect as, in the second quarter of 2020, the gaming operations of Tigre de Cristal were suspended for about three months… according to the respective measures recommended by the Russian government.”

In 2021, the group recorded positive adjusted earnings before interest, taxation, depreciation and amortisation (EBITDA) of HKD40.9 million, compared to negative adjusted EBITDA of HK$14.7 million in 2020.

The group did not recommend a final dividend for 2021.

Macau is to create distinct zones on its casino floors and designated gambling chips that will be solely for the use of players from overseas. The moves will be part of a new gaming tax system to... END_OF_DOCUMENT_TOKEN_TO_BE_REPLACED