Tokyo a place to watch in Japan casino story: experts 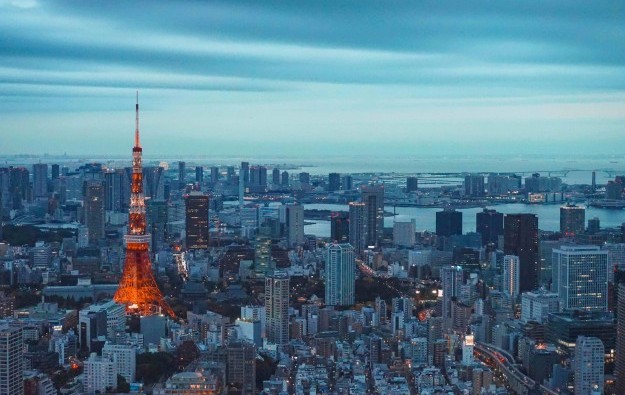 The Japanese national government’s delay in its timetable for receiving proposals from cities around the country, for large-scale casino projects or integrated resorts (IRs), could help the cause of the capital Tokyo, several industry commentators have respectively told GGRAsia.

Tokyo – which is still hoping to stage next year the postponed 2020 edition of the summer Olympics – has so far not entered the casino race. Up to three resorts will be permitted nationally in a first phase of liberalisation.

“Tokyo, while now… [heading] towards holding the Olympics, still is the most realistic new candidate,” for a casino bid, said casino industry veteran Joji Kokuryo, managing director of Bay City Ventures Ltd, a Japan-based marketing consultancy, in comments to GGRAsia.

He added that Aichi prefecture, Nagoya city and Chiba prefecture were the only would-be new contenders “that have done actual work”. But Mr Kokuryo said those places were “still far behind” four local governments – Yokohama, Osaka, Wakayama and Nagasaki – that long ago raised their respective hands as candidate-cities to host a casino.

Even with a delay in the national timetable, latecomers will have “their work cut out” to take part in the contest, Mr Kokuryo remarked.

Japan, like a number of jurisdictions around the world, has severely limited inbound travel for foreigners during the Covid-19 pandemic, and seen its economy disrupted.

The national government has now put back to October 2021 – from January 2021 – the start date for IR submissions by local governments. The new deadline for such submissions is April 28, 2022.

New cities entering the IR race would need to have implementation policies approved at local level, and then come up with basic development requirements and conditions for their request-for-proposal (RFP) phase, noted Mr Kokuryo.

“Starting an RFP procedure next spring would be very late when considering the current proposed national schedule,” he stated.

But Daniel Cheng,  a former senior executive at casino promoters Genting group and Hard Rock International – where latterly he worked on exploring a Japan scheme in Hokkaido – said in a recent opinion article on his own blog, that were a Tokyo resort to happen, it could provide “strong competition” to the gaming destinations of Singapore and Macau.

US$5-billion to US$6-billion annual revenue projections were “not an unreasonable stretch of the imagination” for a scheme in Tokyo, a city which in pre-pandemic times received the lion’s share of Japan’s inbound tourism volume, although “some adjustments might be needed for… a post-Covid-19 world” wrote Mr Cheng in his piece.

“We might also likely see the second great exodus of bidders, this time from Yokohama to Tokyo as we had witnessed the first time when fickle investors abandoned Osaka for Yokohama,” Mr Cheng wrote.

The delay in the national submission deadline might also give a fresh opportunity to Hokkaido, suggested Mr Cheng. Japan’s northernmost prefecture, last year passed up the chance to join the race.

How the international operators still courting Japanese cities as would-be casino partners, can “ramp up again” their effort, “depends on what transpires politically and in the [Japan] IR process quarter-to-quarter,” the former casino executive added in supplementary comments specifically to GGRAsia.

“The first [IR] licence could be awarded at the earliest in June 2022, and potentially the first IR can have a soft opening in June 2026. This is based on everything happening like clockwork… which has hardly been the case for the Japan IR process thus far,” Mr Cheng told GGRAsia.

Mr Kokuryo told us that “2027 would seem to be the earliest logical timeline for an IR to open, “if there are no other major delays.”

Mr Kokuryo further noted that Yokohama – which says it will have a new request-for-concept process, following talks with operators that have already declared an interest -  could face a path that is “a bit bumpier”, due to factors including a mayoral election due to take place next autumn.

There have been ongoing campaigns by local citizen groups opposing IR development in the city, and seeking to have the incumbent mayor, Fumiko Hayashi, recalled from her post, according to local media reports.

The Japanese consultant noted to GGRAsia: “In order to revive or further stimulate the interest of major operators who have withdrawn,” from the Japan IR race “for the time being,” there needed to be clarity from the Japanese authorities on key topics including levels of taxation, and “basic regulations for gaming operations”.

Tokyo’s stance on the casino question “would be the most important variable for the major operators,” Mr Kokuryo added.

The decision by the Macau government to grant fresh 10-year licences to each of the city’s six incumbent casino operators has been welcome by top management at those firms. Each of the concessions... END_OF_DOCUMENT_TOKEN_TO_BE_REPLACED