Tokyo one to watch in 2020 casino news, Apac venues rising 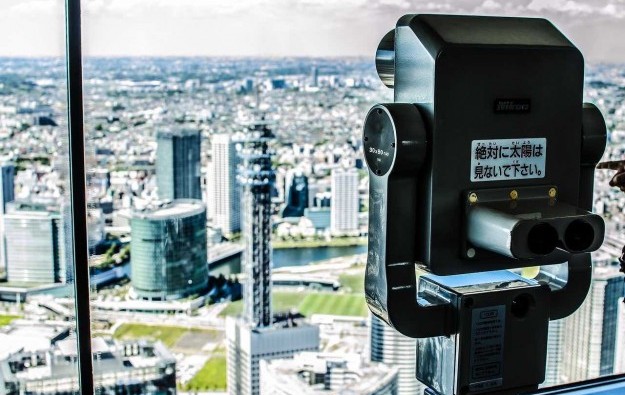 Japan casino liberalisation will inch forward in 2020 – albeit in likelihood with more practical progress than in previous years, with the possible entry of Tokyo to the race in the second half of the year. Elsewhere in Asia-Pacific (Apac), a casino that has actually been built might offer fresh competition to the regional incumbents.

Those are some observations offered to GGRAsia by a number of experts in the industry.

In Japan, a factor to watch in 2020 would be whether Tokyo might join the race for an integrated resort or “IR”, as such large-scale mixed-use properties are known in that country. That was mentioned to us independently by gaming industry consultants Daniel Cheng and Niall Murray.

Japan’s national government has said a maximum of three casino resorts would be permitted in the first round of liberalisation. Given that the central authorities have not yet issued the final version of their so-called basic policy on the IR industry, it is not too late for Tokyo to join the race. In November Tokyo’s port authority issued  a request for “business proposals” for “innovations and entertainment” to be developed on a land reclamation area at Aomi, within Koto ward on Tokyo’s waterside, although gaming was not specifically mentioned.

Aside from Osaka, Yokohama, Nagasaki and Wakayama, places that have already declared interest in having an IR,“rumblings continue on other interested cities such as Nagoya/Aichi, Kitakyushu, Chiba, Fukuoka and Tokyo,” noted Daniel Cheng in comments to us.

“Only the latter two would have any impact in contesting with the other four candidates: Tokyo for obvious reasons; Fukuoka for arguably being the best regional location in Japan,” Mr Cheng added.

Once the Japanese government’s IR basic policy is settled, candidate places would under a proposed timetable be invited to make an application to the central authorities during the period of January 4 2021 to July 30, 2021.

Mr Cheng is founding partner of Global IR Consulting Japan, and a former senior vice president for business development – casinos, in Asia, at United States-based group Hard Rock International. That group had expressed interest in pursuing a Japan IR opportunity in Hokkaido, prior to the latter prefecture saying in November it would not make proposal to the national authorities in the first round.

Niall Murray told us regarding possible news out of Japan into 2020 and beyond that the “most likely metropolitan areas to be chosen” by the national government based on current candidate cities would be ‘Osaka and Yokohama”. But he added: “Tokyo Bay will become a leading contender and overtake other areas if [Tokyo] Governor Yuriko Koike decides to pursue an IR after the summer,” this year. A gubernatorial election is due in July.

Mr Murray is chairman of gaming and hospitality consultancy Murray International Group, and a former senior executive in the Las Vegas, Nevada and Macau gaming markets.

A number of industry observers has said Japan is likely to opt for two big-city resorts and one in a smaller regional centre in the first round of market development.

“The most likely regional contender would be Nagasaki – i.e. Sasebo – as it is unlikely that Wakayama will be chosen if Osaka is successful,” Mr Murray noted to us, referring to Wakayama’s proximity to Osaka.

The fact that private-sector investors were being asked to make Japan bids even before a decision was taken at national level on where such resorts should be, was likely to inflate costs of market entry, suggested Mr Murray.

“Some IR operators have to bid on multiple fronts… costs increase due to the necessity to submit multiple proposals and bids, and to set up and maintain multiple site offices and teams in potential locations,” Mr Murray told us.

Japan – a country frequently affected by earthquakes – also had “demanding” building regulations, which – combined with taxes and expensive local labour relative to other parts of the region – was likely to push up costs, Mr Murray highlighted.

In current terms, the expected investment cost of a Japan metropolitan IR could reach approximately US$10 billion: that for a regional IR, around US$4 billion to US$5 billion, according to Messrs Cheng and Murray.

Even without the “dark shadow” of a possible player-win tax applicable to foreign players, “operators have already been hard pressed to reconcile their numbers with the high 30-percent gaming tax and stringent entry restrictions for locals,” Mr Cheng remarked to us. He noted that the national government’s stipulated requirement of absolute amounts of hotel and MICE space for an IR – regardless of whether the venue was in a metropolitan or regional settlement – might not be appropriate for the latter type of market.

Gaming operators were in any case “their own worst enemy when they try to outdo each other” in talking about the amount of investment capital, Mr Cheng said. “For the same kind of return period as Singapore, a Japan metropolitan IR may need three times the VIP rolling chip figures of Marina Bay Sands to register a decent EBITDA percentage,” he stated.

“To meet the expectations of all the braggadocio and posturing, the two metropolitan IRs would need to deliver a top line upwards of US$6 billion each and the regional IR, US$2 billion,” Mr Cheng added.

Despite the high costs projected for the Japan IRs, Mr Murray said such projects, if “right sized”, could still be successful in attracting visitors and players.

A casino scaled to a maximum 3 percent of resort gross floor area as stipulated by the Japanese authorities, would still be very large – “potentially larger than the Venetian in Macau”, and could “generate substantial revenues” – on the basis that Japan was also insisting on enormous hotel and meetings, incentives, conferences and exhibitions (MICE) facilities, Mr Murray said.

The combined gaming and non-gaming revenues for the two metropolitan IRs – e.g. Tokyo, Yokohama, or Osaka – once such facilities had ramped up operations – “would range between US$7.5 billion and US$10 billion each, per year,” he stated.

The combined gaming and non-gaming revenues for the regional IR – e.g. Sasebo – would “range between US$1.5 billion and US$2.5 billion per year,” upon ramp up, suggested Mr Murray.

Shaun McCamley, head of Euro Pacific Asia Consulting Ltd, told us: “Given Suncity’s significant investment and shareholding in the Hoiana casino project and the fact that the casino will be foreigner-player only,” under Vietnamese law, “it surely follows that the group will be guiding junket agents and other VIP players to visit the new property.” This would be “inevitably be to the detriment of all other areas where they have rooms operating, including Macau,” he added.

Vitaly Umansky, a Hong Kong-based analyst at brokerage Sanford C. Bernstein Ltd, told GGRAsia he expected Hoiana would be mainly a competitor for Southeast Asian casinos, rather than the Macau market.

Regarding Vietnam’s trial scheme – whereby gaming resorts with a certain capital investment are permitted to ask for permission to allow economically-qualified locals to gamble – there were likely to be few fresh applicants “until more user-friendly locations are identified” said Mr McCamley.

“With high operating and gaming tax costs, allowing locals in at remote locations only like Phu Quoc [island in the southwest] and Van Don in the north just doesn’t work for an operator. There simply is not enough revenue potential to ensure a sustainable business model,” Mr McCamley told us.

“As to another new property being opened in Vietnam we maintain the view that gaming in the region is competitive and we compete well in terms of both product and service level,” Mr McNally remarked to us.

The NagaCorp executive said he expected the “strong growth” seen in his firm’s results through the first three quarters of 2019, to continue into 2020. By mid-2020, a hotel-room revamp of Naga 1 was also due to be finished.

“We should complete the room renovation [of Naga 1] by mid 2020. We budgeted US$150 million and expect to be under budget,” Mr McNally told us.

Macau’s six casino operators have welcomed “the timely unveiling” of key aspects of a bill proposing a new regulatory system for gaming that will shape how the industry looks for years ahead.... END_OF_DOCUMENT_TOKEN_TO_BE_REPLACED