Too early to call GGR stabilisation in Macau: Wells Fargo 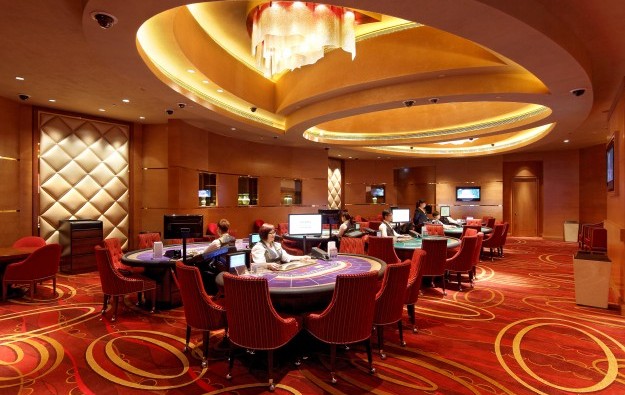 Wells Fargo Securities LLC says casino operator sentiment regarding Macau is now “modestly more positive” than in the recent past. The brokerage said however, it is still “too early to call stabilisation” regarding the sector’s gaming revenue performance.

The Wells Fargo comments, included in a note issued on Wednesday, followed meetings with “a host of operators and a wide range of industry contacts,” analysts Cameron McKnight, Robert J. Shore and Daniel Adam wrote.

“In our view, management’s tone… was ‘less bad’ towards near-term trends in Macau,” the analysts stated.

They added: “Operators noted that mass [market gambling was] maybe beginning to stabilise. We think it’s too early to call stabilisation.”

Last month, while presenting the full year 2015 results of casino operator Galaxy Entertainment Group Ltd, company founder and chairman, Lui Che Woo, said it was “too early to call a bottom to the market especially given the current volatile macro economic environment.” But he added that the “sequential growth in Macau’s gaming revenue in the final quarter of 2015, coupled with healthy visitor numbers over the important 2016 Chinese New Year period, potentially signal market stabilisation.”

MGM China Holdings Ltd chief executive Grant Bowie has said the firm was also “seeing some stabilisation in the market led by the mass segment”. His comments came last month.

Ambrose So Shu Fai, chief executive of casino operator SJM Holdings Ltd, recently said there were signs of some “stabilisation” in the market during the early part of this calendar year.

The chairman of Sands China Ltd, Sheldon Adelson, was among the first casino bosses mentioning market stabilisation in Macau. “We do see stabilisation in gaming revenue trends [in Macau],” said Mr Adelson during a conference call with investment analysts in January.

The Wells Fargo team stated in its Wednesday note that March would be a good gauge of real demand trends in Macau, as it did not include any special holiday period. January included the calendar New Year, while February included the Lunar or “Chinese” New Year.

Casino gross gaming revenue (GGR) in Macau was at near standstill year-on-year in February, down by just 0.1 percent from the same month a year earlier.

Accumulated casino GGR for the first two months of the calendar year stands at nearly MOP38.20 billion (US$4.8 billion), a decline of 11.8 percent judged year-on-year.

Some investment analysts expect the decline to worsen again in March. Analysts Vitaly Umansky and Simon Zhang of Sanford C. Bernstein Ltd said GGR for the first week of March was “disappointing”, based on his brokerage’s analysis of unofficial industry returns.

Macau’s accumulated gross gaming revenue for the full year of 2015 fell 34.3 percent compared to 2014, according to data released by the city’s regulator, the Gaming Inspection and Coordination Bureau.

The stock prices of Hong Kong-listed firms directly linked to Macau casino operations rose in Monday trading, following the Saturday announcement that the six incumbent licensees had each been... END_OF_DOCUMENT_TOKEN_TO_BE_REPLACED