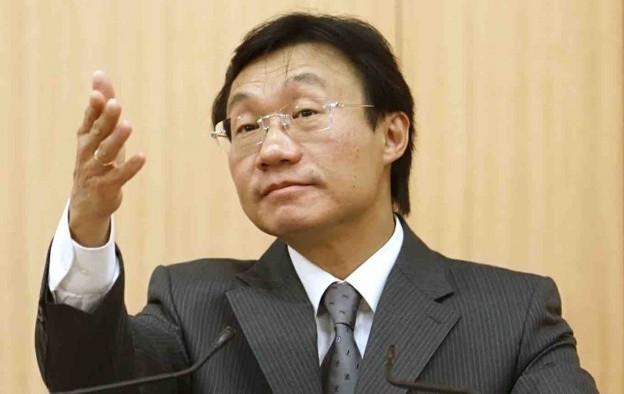 The Macau government could announce in March new tightening to the partial smoking ban in casinos, the new Secretary for Social Affairs and Culture Alexis Tam Chon Weng (pictured) said on Monday.

He oversees the Health Bureau, the body responsible for implementing public policy on smoking in gaming venues.

Mr Tam told reporters he had already requested a report from the Health Bureau on the citywide implementation of smoking restrictions, first enacted in 2012. The report is due next month.

The new secretary, who was sworn into office on December 20, added that he would also discuss the issue with casino bosses and employee representatives.

Following those discussions, Mr Tam said he expected the government could announce changes in March to the smoking rules. That would coincide with Chief Executive Fernando Chui Sai On’s 2015 policy address speech outlining the government’s administrative and regulatory plans.

Mr Tam noted that the government’s long-term goal is to implement a full smoking ban in all gambling venues, including casinos and slot-machine parlours. But he didn’t provide a timetable for it.

He however added that the ongoing decline in monthly casino gross gaming revenue – which started in June – would not be an obstacle in implementing a full smoking ban in casinos. “The health of gaming employees will not be compromised by the drop in gaming revenues,” Mr Tam stated.

A smoking ban in public places was introduced in Macau in 2012 and partially extended to gaming venues in January 2013. Casinos and slot parlours were initially allowed to have up to half of their overall gaming floors dedicated to smoking areas with gaming.

Under rule changes enacted on October 6, smoking on casino main floors is now only allowed in enclosed smoking rooms that do not contain any gaming tables or slot machines. But puffing a cigarette while gambling is still allowed in VIP rooms.

The federation is a strong advocate of a full smoking ban in the city’s casinos. It published the results of a survey earlier this month which concluded that three in four casino workers (78 percent) in Macau don’t want to work in smoking areas, even if casino operators provide them extra incentives.

Ella Lei Cheng I, vice president of the executive committee of the Federation of Trade Unions, pointed out after meeting with Mr Tam that the current smoking rules fail to protect the health of casino employees. Ms Lei, who is also a lawmaker, urged the government rapidly to introduce a full smoking ban in casinos.

China has moved one step closer towards reopening, by relaxing some its Covid-19 control measures, with most infected people now able to quarantine at home rather than in state-sanctioned... END_OF_DOCUMENT_TOKEN_TO_BE_REPLACED