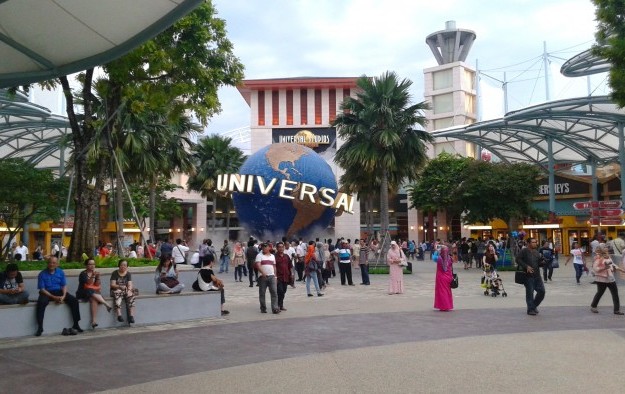 Tourist spending on sightseeing, entertainment and gaming fell year-on-year in Singapore in the second quarter of 2016, according to data released on Tuesday by the Singapore Tourism Board.

Such receipts were SGD1.08 billion (US$772.2 million) for the three months to June 30, compared to the approximately SGD1.32 billion reported by the board in the prior-year period – representing a decline of nearly 18 percent.

The report for second quarter 2016 said a contraction was “due largely to a decline in gaming revenue as reported by the integrated resorts”. That was a reference to the casino properties Resorts World Sentosa, operated by Genting Singapore Plc, and Marina Bay Sands, run by a unit of Las Vegas Sands Corp.

In August, Genting Singapore reported a net loss of SGD10.5 million for the second quarter of 2016. It said the performance for the period was affected by a decline in gaming revenue.

In July, Las Vegas Sands reported casino revenue at Marina Bay Sands had fallen 12.5 percent year-on-year to US$565.7 million in the three months to June 30.

Most of other segments of tourist spending in the Singapore market for second quarter – as reported by Singapore Tourism Board – showed year-on-year growth.

Shopping had the best quarterly performance, with receipts expanding 65 percent year-on-year to SGD1.51 billion. Receipts on food and drinks grew by 41 percent, to SGD762 million, while receipts from accommodation increased by 30 percent, to approximately SGD1.42 billion.

The results contributed to expanding Singapore’s second-quarter tourism receipts by 17 percent year-on-year. Such receipts were approximately SGD6.06 billion, compared to the approximately SGD5.17 billion reported by the tourism board in the second quarter 2015.

In August the tourism board had reported that a total of approximately 8.17 million tourists had visited Singapore in the first six months of 2016, up by 12.5 percent year-on-year.

It said the strong pickup in tourist numbers has been driven by arrivals of Chinese visitors; a customer segment that has recovered strongly since mid-2015, after earlier declines.

The number of visitors from China increased by 55.2 percent year-on-year in the six months to June 30, to 1.47 million. They accounted for nearly 18 percent of the aggregate number of visitors to Singapore in the period, meaning China overtook Indonesia as Singapore’s largest single source market for tourists.

In the eight months to August 31, total tourist arrivals to Singapore were nearly 11.28 million, an increase of 10 percent judged year-on-year.

SOFTSWISS Jackpot Aggregator is cooperating with Curaçao-licensed Spinago to launch the latter’s worldwide jackpot campaign for the online gaming sector. The information was given by SOFTSWISS, a... END_OF_DOCUMENT_TOKEN_TO_BE_REPLACED