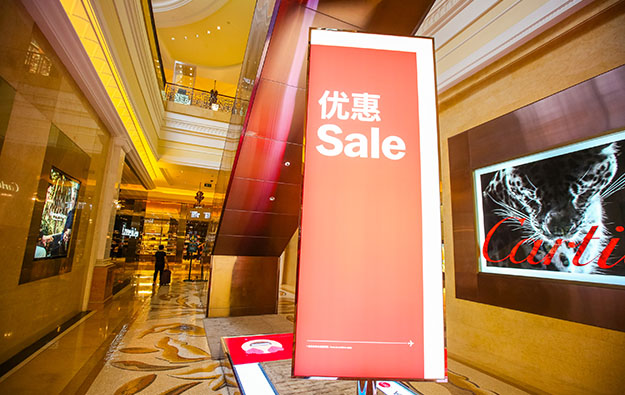 The dip mirrored the 68.9 percent year-on-year decline in visitor arrivals – to just over 3.2 million – during the period, a tally that the statistics bureau said had been “affected by the epidemic”. That was a reference to the influence wrought on tourism by the novel coronavirus pandemic, and its associated Covid-19 infection.

Earlier this month the Macao Government Tourism Office said the city had dropped further discussion of the idea for a tourist tax, due to “plunged” visitor numbers coinciding with the Covid-19 pandemic.

The statistics bureau noted in Wednesday’s statement that in the first three months of 2020 the average length of stay of tourists in general went up by 0.3 of a day to 1.4 days. Nonetheless the tally of visitors on package tours plunged by 89.4 percent to 252,838.

At the end of the first quarter, the 112 hotels and guest houses operating in Macau had provided a total of 33,685 guest rooms, a decline of 13.1 percent year-on- year.

The average occupancy rate of guest rooms, “excluding those designated for medical observation,” fell by 50.5 percentage points to 41.4 percent.

The reference to medical observation concerned the up to 12 local hotels that were for a time made available for medical quarantine procedures to contain Covid-19.

In the first quarter, the tally of guests staying at hotels and guest houses was just over 1.47 million, a 57.7-percent decrease year-on-year.