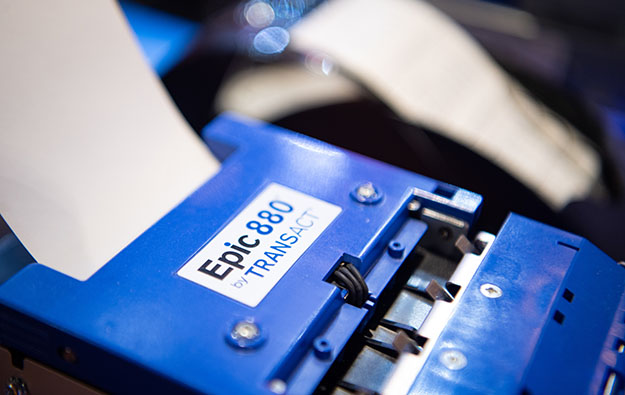 TransAct Technologies Inc, a supplier of slot machine printers, casino-player management software and food-safety management technology, reported net sales of US$12.6 million in the second quarter of 2022, up 35.4 percent year-on-year. Such sales rose 30.1 percent from the preceding quarter, according to a Wednesday filing.

TransAct disclosed its negative earnings before interest, taxation, depreciation and amortisation (EBITDA) for the second quarter of 2022 were US$2.8 million, compared to a negative US$2.4 million in the prior-year period.

The company had reported also negative EBITDA in the first quarter, at US$5.0 million.

Second-quarter casino and gaming segment sales rose by 88.2 percent year-on-year, to just over US$6.5 million. The figure was up 37.0 percent quarter-on-quarter.

Sales in the casino and gaming segment stood at US$11.3 million in opening six months of 2022, up 78.3 percent from the prior-year period.

Bart Shuldman, TransAct’s chief executive, said in prepared comments issued with the results, that the firm “began ramping” its production of point-of-sale and casino printers in May 2022, “shipped many printers in June 2022”, and expected “near-record levels of production and sales of these products in the second half of 2022”.

He added: “We are also seeing excellent early results from our previously-announced cost cutting initiatives, which combined with leverage from the increased production and projected revenues, we anticipate will result in the company moving towards break-even adjusted EBITDA as we progress through the second half of the year.”

With effect from April, TransAct changed its method of inventory valuation from standard costing to an average-costing system. The company says the latter “is preferable because it reflects a better… estimate of inventory cost”. Financial statements of prior periods have been adjusted retrospectively by TransAct, to reflect use of the alternative costing method.