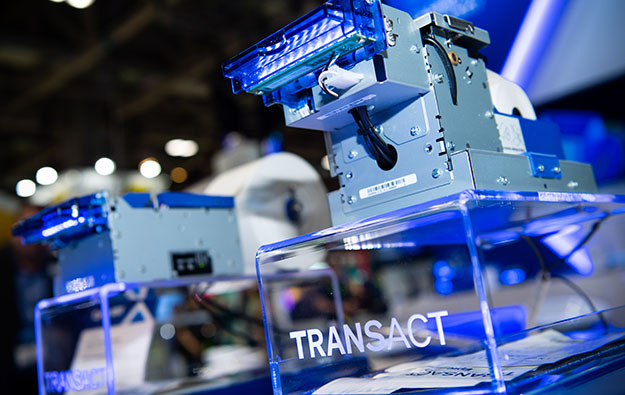 Casino and gaming net sales in the third quarter of 2019 were just under US$5.1 million, down approximately 38.6 percent compared to nearly US$8.3 million in the prior-year period, the firm said in a press release on Wednesday.

TransAct stated international casino and gaming sales declined by 12 percent in the third quarter compared to the prior-year period, as “higher sales to the company’s Australian and Asian distributors were more than offset by significantly lower order levels” from a single original equipment manufacturer in Europe compared to the prior year.

The company did not provide additional detail on its third-quarter business performance in Asia.

TransAct generated operating income of US$312,000 in the reporting period, down from US$3.2 million in the third quarter 2018.

The company’s net income also posted a sharp year-on-year decline, from almost US$2.6 million in the third quarter 2018 to about US$384,000 in the three months to September 30 this year. Adjusted earnings before interest, taxation, depreciation and amortisation for the third quarter declined to US$673,000 from US$3.6 million in the prior-year period.

“While our 2019 third quarter results reflect the ongoing transition in our business, including the impact from our decision to exit certain legacy businesses as well as the impact from several large casino and gaming orders in last year’s third quarter that did not repeat, we are achieving notable progress with the roll-out of the BOHA! ecosystem,” said TransAct’s chairman and chief executive, Bart Shuldman, in a prepared statement.

TransAct launched in May its BOHA! suite of apps and hardware solutions. The food inventory monitoring and food safety tracking system has already been deployed in Macau, TransAct announced in July.

Mr Shuldman added in his Wednesday comments: “Our interactions with customers at the Global Gaming Expo leads us to believe that the casino and gaming business remains stable and we expect to continue to benefit from this key market that supports our efforts to continue to ramp up our BOHA! business.”

The casino industry trade show Global Gaming Expo – also known as G2E – took place last month in Las Vegas, Nevada, in the United States. The event is considered by industry insiders as one of the most important annual trade shows for gaming equipment suppliers.

On Monday, TransAct announced that its board had declared a quarterly cash dividend of US$0.09 per share. The dividend will be payable on December 16, the firm said.

Some Macau casinos visited by GGRAsia on Thursday, actually had tables that were closed, notwithstanding strong consumer demand during Chinese New Year (CNY). The reasons for some tables being... END_OF_DOCUMENT_TOKEN_TO_BE_REPLACED