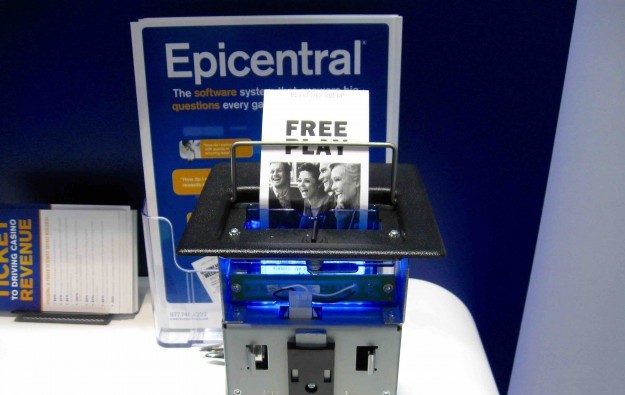 TransAct Technologies Inc reported a 22.7 percent year-on-year decline in casino and gaming sales in the second quarter of 2017 to approximately US$4.0 million.

Casino and gaming sales for the first six months of 2017 declined by 14.1 percent to US$9.1 million, the Nasdaq-listed gaming industry supplier said in a Thursday filing.

Revenue from the segment – which excludes lottery sales – declined in the second quarter “as a 26-percent increase in domestic [U.S.] casino sales was more than offset by a decline in sales to international customers,” the firm said.

Despite the first half decline in sales, “our casino and gaming printers continue to gain share in the improving domestic gaming environment while the outlook for new Epicentral sales over the balance of 2017 is positive,” Bart Shuldman, chairman and chief executive of TransAct, said in a statement.

Epicentral is a computer software-based system that works in conjunction with TransAct’s casino ticket printers. It allows casino operators to create promotional coupons and marketing messages for players.

TransAct’s total net sales revenue for the second quarter of 2017 – including non-gaming related segments – was US$13.6 million, down by 8.1 percent in year-on-year terms. Casino and gaming sales were the company’s main revenue contributor, accounting for 29.3 percent of overall sales.

TransAct on Monday announced that its board had declared a quarterly cash dividend of US$0.09 per share. The dividend will be payable on September 15 to shareholders of record on August 21, the firm said.

The imminent return of package tours from mainland China will not only help boost Macau’s tourism businesses, but is also expected to help casinos gain more foot traffic in their mass gaming... END_OF_DOCUMENT_TOKEN_TO_BE_REPLACED