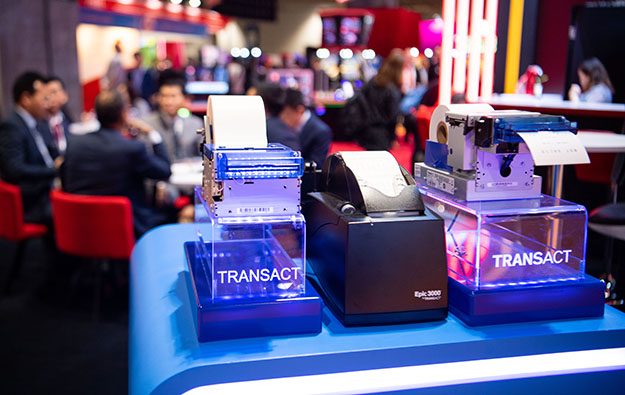 Casino and gaming net sales in the first quarter of 2019 were US$5.5 million, down approximately 6.8 percent compared to US$5.9 million in the prior-year period, the firm said in a press release on Tuesday.

The company said its casino and gaming sales in the United States declined 18 percent as there were “lower printer shipments in the 2019 first quarter and the prior-year period benefited from a non-recurring sale of Epic 880 printers and an Epicentral installation”.

Transact added: “International casino and gaming sales grew 18 percent in the 2019 first quarter compared to the prior-year period, with printer shipments to a large customer in Asia partially offset by lower European sales.” The company did not identify any specific customer.

Lottery printer net sales “were relatively consistent” in the first quarter of 2019 at US$0.7 million, compared to US$0.6 million a year earlier.

Bart Shuldman, the firm’s chairman and chief executive, was quoted as saying in a statement included in Tuesday’s release: “During the 2019 first quarter, our growing mix of high-margin products, including recurring label and software sales, drove a 480 basis points improvement in gross margin, leading to a 10 percent increase in net income even as net sales declined 6 percent from the prior-year period.”

He added: “Our casino and gaming business also remains a key driver of TransAct’s overall success, providing the strong financial foundation and cash flow that supports the investments we are making to develop Boha and grow sales.”

Last week, TransAct announced that its board had declared a quarterly cash dividend of US$0.09 per share. The dividend will be payable on June 14, the firm said.

TransAct saw its annual net profit grow to nearly US$5.4 million last year from more than US$3.2 million in 2017, a year-on-year increase of 69 percent.

A casino cruise brand reportedly controlled by Malaysian entrepreneur Lim Kok Thay is to launch services from Singapore fewer than five months after the Lim family-founded Dream Cruises brand of the... END_OF_DOCUMENT_TOKEN_TO_BE_REPLACED