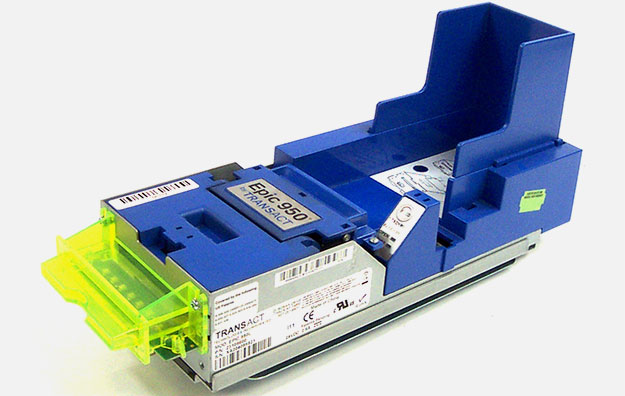 Nasdaq-listed gaming supplier TransAct Technologies Inc announced that its board of directors declared a quarterly cash dividend of US$0.08 per share. The board also approved a modification to the current stock repurchase programme.

The quarterly cash dividend will be payable on December 15 to shareholders of record on November 20. On an annualised basis, the quarterly dividend represents a yield of 5.6 percent based on the US$5.73 per share closing price of the company’s stock on October 31, Transact said in a filing on Monday.

Through to September 16 and pursuant to the initial US$7.5 million repurchase plan authorised in August, TransAct had repurchased approximately 109,000 shares of its common stock for approximately US$0.8 million, the company said.  September 16 was the beginning of TransAct’s so-called blackout period prior to the reporting of its 2014 third quarter results – due to take place on Thursday.

TransAct supplies printers and printing software to the gaming and lotteries industries, among other industries. Revenue from casino and gaming sales was US$6.1 million in the second quarter of 2014 compared to revenue of US$7.3 million in the prior year period, the company said in August.

The decision by the Macau government to grant fresh 10-year licences to each of the city’s six incumbent casino operators has been welcome by top management at those firms. Each of the concessions... END_OF_DOCUMENT_TOKEN_TO_BE_REPLACED