TransAct gaming sales up in 4Q, down for full 2016 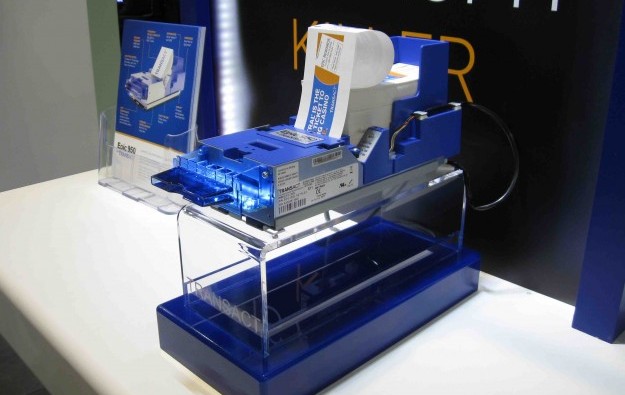 Nasdaq-listed gaming industry supplier TransAct Technologies Inc generated fourth-quarter net sales of US$13.6 million, up by 12.3 percent from US$12.1 million in the prior-year period. Such growth was supported by an increase in revenue from the casino and gaming product segment, the firm stated on Wednesday.

The company said casino and gaming net sales in the fourth quarter of 2016 were US$4.8 million, up by 6.3 percent from the prior-year period.

Sales for the period reflected a “flat” performance in the United States and “higher printer shipments to international markets,” the firm noted in a press release.

Sales of printers for the lottery industry in the three months to December 31 soared by 271.2 percent year-on-year to US$2.6 million, “due to the timing of shipments” to global gaming and lottery supplier International Game Technology Plc, TransAct’s primary lottery customer.

TransAct reported casino and gaming sales of US$21.0 million for calendar year 2016, down 3.4 percent in year-on-year terms. Lottery sales for the same period were US$9.9 million compared with US$9.5 million in 2015.

“TransAct continues to be a leader in the global casino and gaming equipment market with solid market share for casino, gaming and lottery printers,” said Bart Shuldman, TransAct’s chairman and chief executive, in a statement.

Mr Shuldman added: “We expect to benefit from this leadership position in the year ahead, particularly as we begin shipments of our new Epic Edge casino ticket printer and continue to gain traction with our Epicentral bonusing solution.”

Company wide, TransAct reported fourth quarter total net sales of US$13.6 million, up by 12.3 percent from the prior-year period. The firm designs, develops and manufactures printers used for financial transactions in several industries, including the casino and lottery industries.

The U.S.-based company posted net income of US$1.4 million for the three months to December 31, compared to US$532,000 a year earlier.

Macau’s Court of Final Appeal announced on Monday sentences in relation to a total of nine cases concerning debt claims involving junket operators based at local casinos. In all the cases, the... END_OF_DOCUMENT_TOKEN_TO_BE_REPLACED