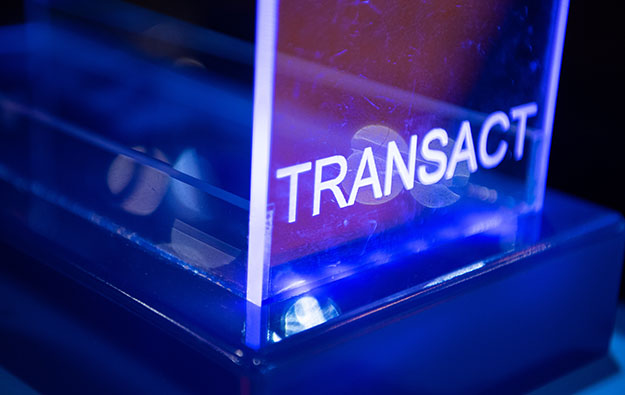 The biggest single public shareholder in TransAct Technologies Inc, a U.S. supplier of technology used in casinos, has announced its intention to exert greater influence in how the company is run.

Grand Slam Asset Management LLC; its manager, Mitchell Sacks; and a Cayman Islands fund it manages and directly owns, Grand Slam Capital Master Fund Ltd, jointly told the U.S. Securities and Exchange Commission (SEC) on December 18 that TransAct had room for enhancement in terms of financial performance and corporate governance. They argue the company would benefit from Grand Slam having a greater say in how it is run.

Grand Slam says it controls about 7 percent of TransAct stock. The joint statement to the SEC quotes a letter Grand Slam Asset Management sent to TransAct on the same day.

“We have remained passively invested as TransAct Technologies’ management team has built a dominant position in the casino and gaming printer markets, and introduced an exciting product offering in the restaurant solutions business,” the letter says.

“However, given recent events and the company’s poor stock performance, we believe that TransAct Technologies will benefit from Grand Slam taking a more active stance… Consequently, with the sending of this letter, Grand Slam is modifying our SEC ownership filing to indicate our intention to influence management.”

The letter calls for expansion of the board. “Grand Slam believes that TransAct Technologies will benefit from an expansion to the board of directors by two industry veterans: one with major restaurant chain operating experience and one with software development and sales experience. As interested shareholders, we believe that the next 24 months are critical to developing a leading position in the restaurant solutions marketplace,” the letter says, referring to a non-gaming product segment of TransAct.

The letter also expressed concern that the only Wall Street veteran on the TransAct board had been a heavy seller of its stock.

“This director owns 87,266 shares, which is less than 1.2 percent of TransAct Technologies’ outstanding stock. Grand Slam would welcome a change ensuring that shareholders have an outside financial board member who is and has been heavily committed to TransAct Technologies’ success from both an operating and stock performance perspective,” the Grand Slam letter says.

TransAct announced last month that its net profit rose to US$2.6 million in the third quarter of this year from US$1.8 million a year earlier, as sales increased to US$15.8 million from US$15.5 million.

The decision by the Macau government to grant fresh 10-year licences to each of the city’s six incumbent casino operators has been welcome by top management at those firms. Each of the concessions... END_OF_DOCUMENT_TOKEN_TO_BE_REPLACED