Transit visa curbs to weigh on Macau in 2015: analysts 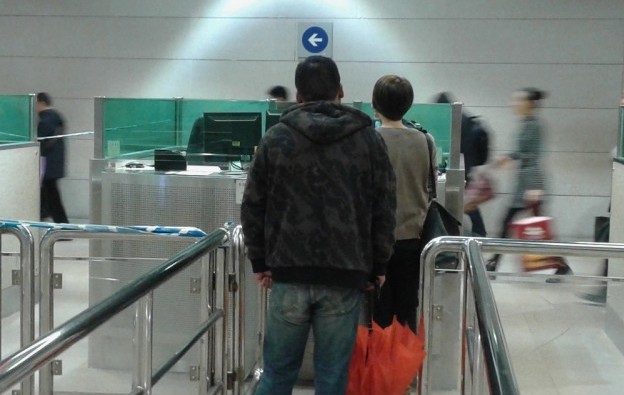 The tightening of rules on transit visas used by some mainland Chinese to visit Macau – and the tougher enforcement of other existing conditions for such permits – is likely to continue to hurt VIP and mass-market gambling in 2015, several investment analysts say. Japanese finance firm Nomura said in a note with a Tuesday dateline that some high rollers have been “missing from action for months”.

Nomura suggested a stricter transit visa system that Macau police flagged as effective from July 1 last year “continues to curb the frequency of visits substantially for players who are still keen to visit Macau”. The note followed a trip to Macau last week by the company’s researchers.

Under the tighter transit visa rules, travellers with mainland Chinese passports – including frequent players and junket agents – have to prove they actually visited third-party destinations. Previously it had been sufficient to display a third-party destination visa – issued by certain travel agencies in Zhuhai and Shenzhen ostensibly for business trips – in order to get into Macau, according to report in April by China’s public broadcaster China Central Television (CCTV).

“We understand that there is hardly any suitable substitute for the transit visa. For example, our checks indicate that it is now exceptionally difficult to obtain a business visa to Macau, even though such a visa exists in writing,” said Nomura analysts Stella Xing, Wendy Liu and Harry Curtis in their latest note

Daiwa Securities Group Inc on Monday cited sources saying that Chinese travellers who enter Macau using a five-day transit visa without travelling to a third destination “will now be placed on a watch list and will be issued with just a one-day visa to enter Macau should they attempt to use the same method of entry within 60 days”.

“Our recent visit to Macau reaffirms the increase in scrutiny at the China-Macau immigration checkpoints and a long line of more than 100 transit visa applicants was observed at the Gongbei border,” said analysts Jamie Soo and Adrian Chan.

“This appears to be a further tightening in measures after what we have already noted in December with regards to the increase in stringency of transit visa checks,” they added.

The tighter visa rules and the ongoing crackdown on corruption in mainland China is keeping high rollers from gaming tables in Macau, the analysts suggested.

“According to our checks with VIP players and junkets, right now there are no [Chinese] government officials that they know of playing in the casinos, and some high rollers from the business community have not been seen for months,” said the Nomura team.

The note from Nomura suggests that even telephone betting “is now considered risky” by players due to China’s strong determination on anti-corruption.

“Our checks suggest that since November, total phone betting activities have been declining owing to reduced player demand,” the analysts said. According to Nomura, phone betting took off in mid-2014 as players tried to keep a low profile by avoiding visits t Macau. But now even the supply of phone betting “seems to have declined”.

Daiwa’s research team estimated table-only average daily revenue (ADR) of HKD766 million (US$98.8 million) for the first 11 days of January. “Based on the current run rates, we now expect January’s total GGR to see a decline of 14 percent to 20 percent year-on-year and come in between HKD21.4 billion and HKD23 billion,” said Mr Soo and Mr Chan.

Cameron McKnight of Wells Fargo Securities LLC said he expects January GGR to drop between 16 percent and 19 percent from a year earlier.

“This assumes ADR of MOP715 million [US$89.5 million] to MOP755 million for the remainder of the month versus December ADR of MOP751 million,” said Mr McKnight. “This is equivalent to 0.5 percent to +3.3 percent month-on-month growth versus historical sequential growth of 7 percent.”

David Bain of U.S. brokerage Sterne Agee said he anticipated a deterioration of between 15 percent and 19 percent in January GGR.

The firm on Monday cut its earnings estimates for U.S.-listed operators with a presence in Macau, but said it remains optimistic that new properties will help to boost growth.

“We believe Macau shares are close to bottoming and MPEL [Melco Crown Entertainment Ltd], as the ‘pure-play,’ should benefit more than other names on the heels of a positive market sentiment shift,” Sterne Agee said.

The stock should also benefit from the catalyst of openings this year, with Studio City scheduled to open in mid-2015 and City of Dreams Manila due to hold its official opening before Chinese New Year.

The imminent return of package tours from mainland China will not only help boost Macau’s tourism businesses, but is also expected to help casinos gain more foot traffic in their mass gaming... END_OF_DOCUMENT_TOKEN_TO_BE_REPLACED