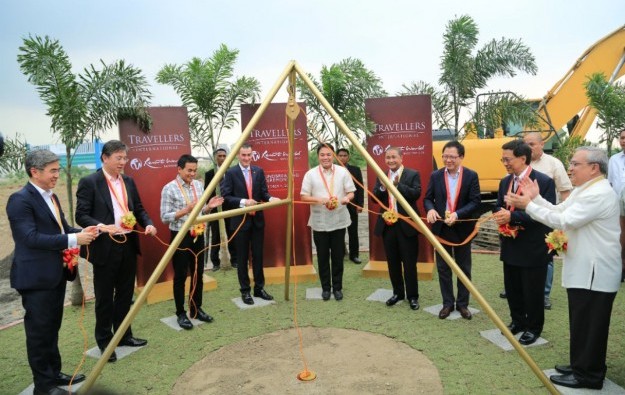 Philippine-based Travellers International Hotel Group Inc broke ground on its second casino resort, the US$1.1 billion Bayshore City Resorts World. The completion of the scheme is targeted for the last quarter of 2018, the company said in a filing to the Philippine Stock Exchange on Wednesday.

The initial phase of the project is expected to cover less than one-third of the entire 31-hectare (76.6-acre) site allocated by the country’s casino regulator Philippine Amusement and Gaming Corp (Pagcor).

Projected to have at least 1,500 hotel rooms, the development will also boast a casino, a 3,000-seater opera house, an upscale commercial complex, condominiums, cinemas and meeting and convention facilities, Travellers said.

The company, a joint venture between Philippine-based Alliance Global Group Inc and Genting Hong Kong Ltd, already operates the Resorts World Manila casino resort near Manila International Airport. The property had a first phase soft launch in August 2009 and is currently being expanded.

“Combined, the two properties will offer potentially a total of approximately 5,100 hotel rooms,” Travellers president Kingson Sian said in a statement. “With the current developments at both Resorts World Manila and Bayshore City Resorts World properties, Travellers continues to push the envelope in the integrated resort industry,” he added.

Bayshore City Resorts World will be the last of four multibillion dollar private sector casinos licensed by Pagcor in a bid to create a gaming zone called Entertainment City at Manila Bay and designed to rival the Cotai Strip in Macau.

Resorts World Bayshore City Inc, a subsidiary of Travellers and the operator of the property, formalised this week a partnership with Okura Hotels and Resorts. The Japanese firm will be responsible for the management and operation of the Hotel Okura Manila.

The scheme will also feature the Westin Hotels and Resorts brand and the ‘Genting Grand’ and ‘Crockfords Tower’, two brands under the Genting group portfolio.

“It all started with Resorts World Manila in 2009. And now, here we are witnessing the birth of a second Resorts World. When completed, Entertainment City will have one of the highest concentrations of tourism-oriented investments and hospitality employment in the country. Exciting times, indeed,” said Cristino Naguiat Jr., Pagcor’s chairman and chief executive.

An article in Macau’s draft new gaming law, to create a mechanism to dissolve an existing gaming concession in the event it was not granted a new licence after the current six concessions... END_OF_DOCUMENT_TOKEN_TO_BE_REPLACED