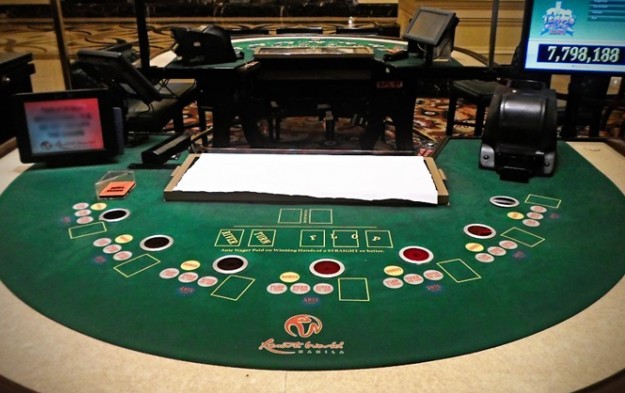 Travellers International Hotel Group Inc, owner and operator of Resorts World Manila casino venue, reported a net profit of PHP1.16 billion (US$26.6 million) for the second quarter of 2014, down by 11.5 percent year-on-year, the company said on Friday.

Although direct costs for the period decreased by more than 23 percent, to PHP2.3 billion, revenue declined by 18 percent, to PHP7.3 billion from PHP8.9 billion a year earlier.

Gaming revenue for the three months ended June 30 was PHP6.37 billion, down from PHP8.01 billion a year before.

The company said net profit for the first half of 2014 increased by 25 percent to PHP2.9 billion. Total gross revenue for the period was however down by 20 percent in year-on-year terms, to PHP15.3 billion.

Travellers International said hotel occupancy at Resorts World Manila for the first half of the year remained solid with all three hotels, namely Maxims, Remington and Marriott registering average occupancy rates of about 90 percent. Total room count for the three hotels is at 1,226.

The firm said total capital expenditure for the year is budgeted to reach PHP7.0 billion as it accelerates the execution of its phase 2 and 3 plans for Resorts World Manila.

Phase 3 consists of three hotels – the Hilton Manila Hotel and the Sheraton Manila Hotel, as well as a new wing for the Maxims Hotel. It will also include a new gaming area, additional retail space and six basement-parking decks. The entire Phase 3 will be completed “no later” than the last quarter of 2017, Travellers International said.

Phases 2 and 3 will almost double the total number of hotel rooms to 2,400 rooms.

Casino equipment supplier Sega Sammy Creation Inc said in a Friday release it was debuting its Genesis Crest 43J cabinet in Asia. The product will be available at an in-person trade show, G2E Asia:... END_OF_DOCUMENT_TOKEN_TO_BE_REPLACED