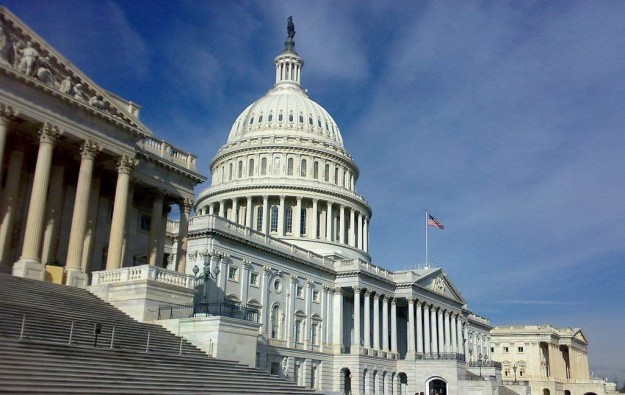 A bill in the United States Congress (pictured) in Washington D.C. that would reaffirm the Mashpee Wampanoag tribe’s reservation as trust land in the state of Massachusetts, and perhaps remove an obstacle to a tribal casino being built by the Native American group, has been delayed after social-media intervention from U.S. President Donald Trump.

Late last month it emerged that moves had been made to unseat several leaders of the Mashpee Wampanoag tribe over the so-far checked attempt to develop a tribal casino in partnership with international casino investor Genting Malaysia Bhd.

Genting Malaysia confirmed to Bursa Malaysia in its 2018 annual results filed in February that it had recorded an impairment loss of MYR1.83 billion (US$440 million) on the group’s investment in the promissory notes issued by the Mashpee Wampanoag.

The Mashpee Wampanoag Tribe Reservation Reaffirmation Act had been due to go to a vote in the U.S. House of Representatives on Wednesday this week.

That measure, and a second one that would reaffirm the authority of the U.S. Secretary of the Interior to take land into trust for what are known in legal terms as “Indian Tribes” would have required a two-thirds majority under a system designed to fast-track measures with bipartisan support through the lower house.

But after Mr Trump recommended via social-media platform Twitter that Republican members should not support the first bill, both measures were withdrawn.

The U.S. President described the bill specific to the Mashpee Wampanoag as a “special interest” measure that did not “treat Native Americans equally”.

The Democratic Party – which currently has a majority in the House of Representatives – says it will seek to resubmit the bills next week under standard procedures that will require only a simple majority.

GGRAsia emailed Cove Strategies seeking comment on the suggestion lobbying by Mr Schlapp was behind Mr Trump’s intervention, but had not received a reply by the time this story went online.

The land the Mashpee Wampanoag would like to use for a casino is at Taunton, Massachusetts, only 25 miles (40 kilometres) from Tiverton, Rhode Island.

Macau’s unemployment rate, and the resulting social pressure, could potentially result in “instability” regarding the city’s security, said the Office of the Secretary for Security in... END_OF_DOCUMENT_TOKEN_TO_BE_REPLACED