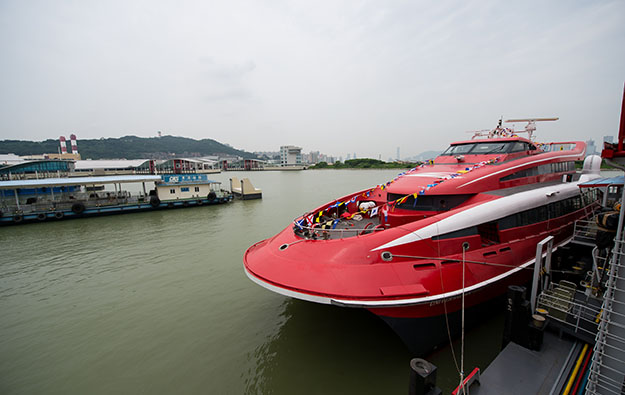 Ferry services operator TurboJET has said it is ready to resume limited sailings between Macau and Hong Kong once it receives the green light from the authorities on both sides.

For now, the company is only planning to relaunch 16 daily trips – eight each way – between the Sheung Wan ferry terminal in Hong Kong and the Pac On ferry terminal, located near Macau’s airport on Taipa Island, said TurboJET’s director of the Macau services division, Alfred Ng Sio In, in comments to public broadcaster TDM.

Ferry services to the Macau Maritime Ferry Terminal at the Outer Harbour, and nighttime sailings would gradually resume “depending on the situation”, Mr Ng added.

The executive added that it would take some time for the company to resume operation of its 20 vessels, in order for the number of sailings between Macau and Hong Kong to return to pre-pandemic levels.

Hong Kong-based media reported on Wednesday that the resumption of ferry services could happen as early as January 8, when travel restrictions between Macau and Hong Kong are expected to be eased further.

A limited number of ferry services between the Pac On ferry terminal in Taipa and Hong Kong International Airport resumed on December 30.

On Wednesday, the head of Macao Government Tourism Office, Maria Helena de Senna Fernandes, told reporters that her department was planning to launch promotional campaigns with ferry and shuttle bus operators, in order to attract more travellers from Hong Kong.

Some Macau casinos visited by GGRAsia on Thursday, actually had tables that were closed, notwithstanding strong consumer demand during Chinese New Year (CNY). The reasons for some tables being... END_OF_DOCUMENT_TOKEN_TO_BE_REPLACED