Turnover at Vietnam’s Aristo up 94 pct in May: Donaco 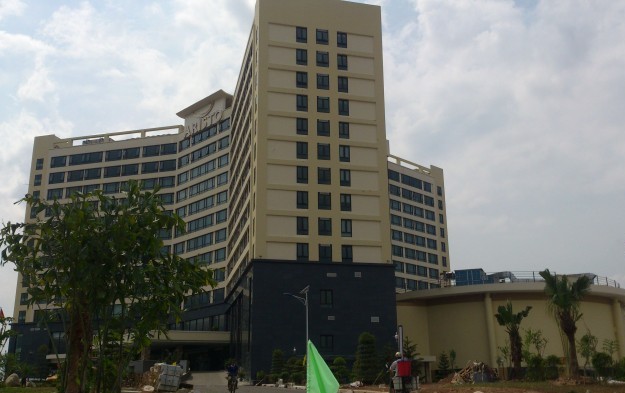 Australia-listed Donaco International Ltd says VIP turnover at its Aristo International casino hotel in Vietnam was up 116 percent year-on-year in May. The performance of the property in the year prior period is not a like-for-like comparison however, because the Aristo relaunched on May 18 as a five-star property with 428 rooms. It originally opened in 2002 conceived as a boutique hotel.

Turnover from mass-market players declined by 13 percent compared to May 2013, the company said in a filing to the Australian Securities Exchange Ltd.

Overall turnover at Aristo in May increased by 94 percent from a year earlier, Donaco said. The company did not specify what that meant in cash terms.

Donaco said visitor numbers for the “gaming floor” since the soft opening on May 18 had increased by 41 percent year-on-year, adding that the new property has attracted strong interest from players and junket operators.

“New junket operators have begun visiting the property from Shanghai, Guangzhou and Malaysia,” it said in Thursday’s filing.

The property is located in the northern province of Lao Cai, bordering China’s Yunnan province. The casino can have up to 50 gaming tables. Currently, 40 tables are available, Donaco said.

Donaco says its gaming revenue is mainly derived from VIP guests, most coming from mainland China.

The new property has been trading for six weeks, and the operator pointed out that it was not “a typical trading period”.

Tensions between China and Vietnam over maritime territorial claims have not prevented Chinese VIP players from visiting the property, but may have deterred some mass-market players, Donaco said, adding that it also saw some negative impact on gaming business because of the month-long 2014 FIFA World Cup that started on June 12.