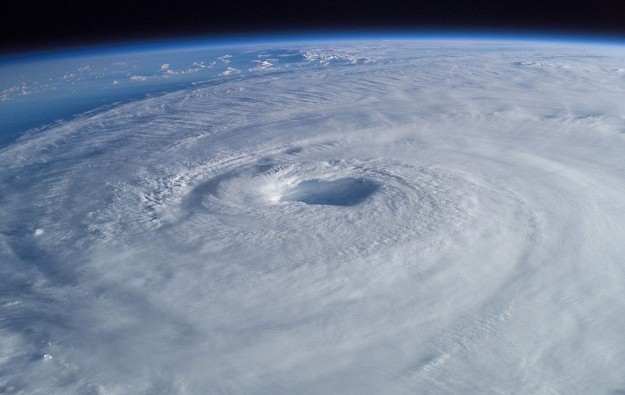 Casino companies with businesses either on Jeju island or the southern port city of Busan, in South Korea, experienced the effects of Typhoon Mitag, a form of tropical cyclone (example pictured). Typhoon Mitag passed over the Korean peninsula on Wednesday and Thursday, disrupting travel and commerce in the southern and eastern parts of South Korea.

South Korean casino operator Paradise Co Ltd stressed to GGRAsia that the foreigner-only casino operations under its brand had not been suspended during the typhoon, but the firm observed cancellations for flights bound for the holiday island of Jeju – where it has a casino hotel – and Busan – where it also has a venue. That had caused some slight disruption to visitor flow to those venues.

Typhoon Mitag brought strong winds and heavy rain to the country, and disrupted commercial air travel. The latter resumed on Thursday morning, according to South Korean news outlets. As of Thursday night, at least ten people were reported to have died in South Korea during the typhoon, according to local media reports.

Hong Kong-listed Landing International Development Ltd – which runs and promotes the foreigner-only casino resort Jeju Shinhwa World – noted to GGRAsia that Typhoon Mitag had caused some minor damage to parts of its Jeju property. The company shuttered its theme park at the site on Wednesday as the storm passed over the island.

“…we had to close the theme park because of strong winds. Some trees and fences were damaged, other than that we did not sustain any significant damage,” a spokesman told us.

Jeju Shinhwa World is said to offer more than 2,000 guest rooms and suites under the hotel brands Landing Resort, Marriott, Somerset and Shinhwa Resort. The latter hotel is the most recent one launched at the site by Landing International. That hotel officially opened on July 29 this year, according to the firm’s corporate materials.