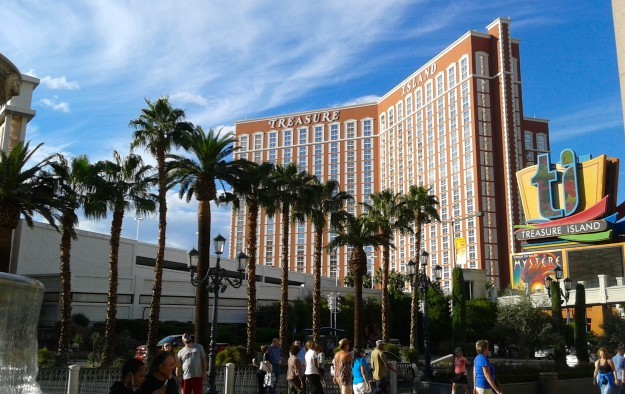 The casino gaming market in the United States could reach revenues worth US$93 billion by 2020 according to a summary of a new study made by market research brand Technavio.

“The tourism industry in the country has recovered since the end of the economic recession, growing at a CAGR [compound annual growth rate] of over 7 percent until 2015,” said Faizan Akthar, Technavio’s lead market research analyst for the media and entertainment sector, as quoted in a press release summarising the findings of the study.

“The U.S. is one of the few countries that allow advertisements for casinos, thus encouraging local level marketing by casinos. This strategy has increased the number of tourists interested in gambling in the country,” added the analyst.

The American Gaming Association (AGA), a casino industry trade body, said – in its most recent ‘State of the States’ report on the U.S. industry in May 2014 – that U.S. casinos had generated total revenues of more than US$81 billion in the previous 12-month period it analysed. Of that, US$67 billion was said to have come directly from gambling. The AGA tally included revenues from casinos owned by Native American tribes – a sector referred to in U.S. regulatory circles as “tribal gaming”.

“Many casinos are adopting alternate methods to increase their customer base and expand their business in the U.S.,” noted Technavio’s Faizan Akthar.

“For example, casinos are collaborating with prominent luxury hotels to offer entertainment options. Slot machines are often placed at restaurants, bars, and other attractions to reach out to potential customer,” the analyst added.

Technavio is a market research brand based in the United Kingdom with offices in Canada, the United States, India and China.

In a note on January 12, Deutsche Bank Securities Inc said it expected the Las Vegas Strip to have marked in 2015 the “best domestic gaming trend year since 2011”.

For the first 11 months of 2015, gaming revenue – officially classified as ‘gaming win’ – for the Las Vegas Strip was down 2.8 percent to US$6.3 billion, show data disclosed on December 30 by the Nevada Gaming Control Board. The Strip’s revenue in November was up by 5.4 percent year-on-year.

Some investment analysts have said that Las Vegas could benefit from increased numbers of Chinese tourists as well as from domestic demand in the United States.

“Thanks to the looser visa policy since November 2014 (Chinese tourists can now apply for a 10-year multiple-entry visa), the U.S. ranking rose from 2013’s sixth to fourth in 2015,” said brokerage CLSA Ltd in a recent report, referring to proprietary research on the behaviour of outbound Chinese tourists and the most popular destinations for travel.

Macau’s casino gross gaming revenue (GGR) for the first five days of February is estimated at MOP1.9 billion (US$235.1 million) – or MOP380 million per day – a level that suggests a “45... END_OF_DOCUMENT_TOKEN_TO_BE_REPLACED