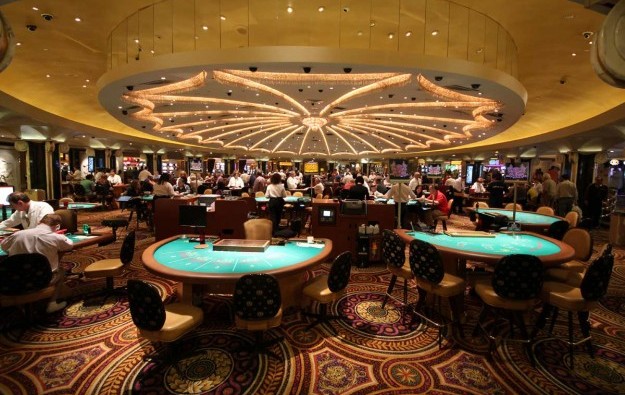 The casino industry contributed US$240 billion to the U.S. economy in 2013, according to a study released on Tuesday. That includes US$38 billion in local, state and federal taxes the industry said it paid last year.

U.S. casinos, including those owned by Native American tribes, generated total revenues of more than US$81 billion in 2013, shows the study from Oxford Economics Ltd, a research firm specialising in economic research.

Gaming revenues comprised 83 percent (US$67 billion) of total revenues. The report also included the impact some legal online gaming had on the economy.

The American Gaming Association (AGA) announced the results of the study at a news conference at Global Gaming Expo (G2E) 2014, taking place this week at the Sands Expo and Convention Center in Las Vegas.

“The research reveals a vast industry that supports local communities across the country through business linkages and employment generation,” Adam Sacks, director of Oxford Economics, said in a statement. “Given the relatively high levels of taxes on the casino industry, it supports a wide range of government services as well.”

The study looked at the gambling industry’s total revenue and its tax payments. It also used a multiplier to consider the industry’s impacts on other businesses, largely tourism related.

The study shows the casino sector supported more than 1.7 million jobs nationwide. Of the total, 734,000 were directly employed by the gaming industry while the remaining workers were indirectly employed as a result of the industry’s economic activity.

The gaming industry generated more than US$14 billion in consumer spending at restaurants, retail stores, hotels and other businesses, according to the study. The sector also generated approximately US$60 billion in payments to suppliers and injected US$78 billion into the economy through employees’ spending.

“We’ve known for a long time that our industry’s contributions have gone underestimated, but these numbers are bigger than even we anticipated,” Geoff Freeman, president and chief executive of AGA, said in the statement.

“Gaming is driving big results in hundreds of American communities. Our future success depends on strong partnerships with policymakers that allow us to innovate, reinvent, and create more jobs,” he added.

The imminent return of package tours from mainland China will not only help boost Macau’s tourism businesses, but is also expected to help casinos gain more foot traffic in their mass gaming... END_OF_DOCUMENT_TOKEN_TO_BE_REPLACED