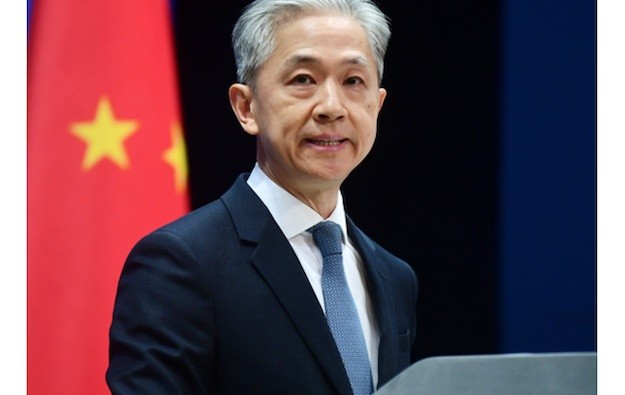 A Chinese Foreign Ministry senior official said on Wednesday that the United States’ move to label casino entrepreneur Steve Wynn as an “agent” of China, was “based on nothing but hearsay to deliberately hype up the ‘China-threat’ theory”.

Wang Wenbin (pictured) had been asked at the ministry’s regular press conference in Beijing about a Tuesday announcement from the U.S. Department of Justice.

He stated: “China always develops relations with other countries based on such principles as mutual respect and non-interference in each other’s domestic affairs.”

Mr Wang added: “We hope the U.S. will discard the Cold War and zero-sum mentality and stop making an issue of China at every turn.”

The U.S. Justice Department had on Tuesday said it was seeking to compel Mr Wynn, founder of casino group Wynn Resorts Ltd, which has operations in Macau, to register under the U.S.’ Foreign Agents Registration Act.

The department said the reason was that in 2017 – before he stepped down from Wynn Resorts in February 2018 amid allegations of sexual misconduct – Mr Wynn had allegedly lobbied then-U.S. president, Donald Trump, and members of his administration, on behalf of China.

The purpose was allegedly “to convey the People’s Republic of China’s request to cancel the visa or otherwise remove from the United States a Chinese businessperson who left China in 2014, was later charged with corruption by the PRC and sought political asylum in the United States”.

The Justice Department claimed Mr Wynn had acted from “a desire to protect his business interests in Macau”.

The gaming group that Mr Wynn founded but is now out of his hands, runs the Wynn Macau and Wynn Palace resorts in Macau, via its Hong Kong-listed Wynn Macau Ltd business.

Hong Kong-listed Wynn Macau Ltd says it will inject nearly MOP4.80 billion (US$596.4 million) into Wynn Resorts (Macau) SA. That is in order to comply with Macau’s revised gaming law and the... END_OF_DOCUMENT_TOKEN_TO_BE_REPLACED