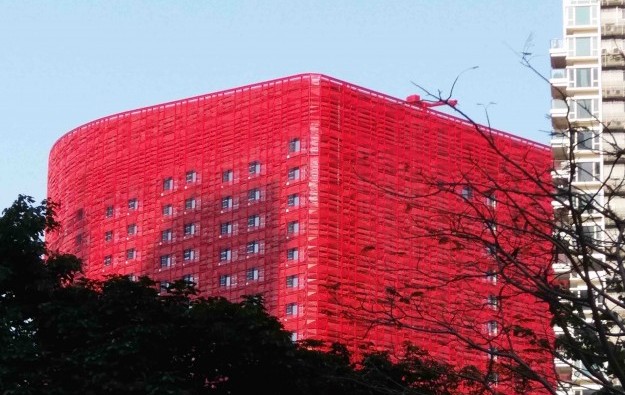 U.S.-based hedge fund Evolution Capital Management LLC has acquired an interest in Hong Kong-listed The 13 Holdings Ltd, the developer of The 13 (pictured), a hotel project on the border of the Cotai and Coloane districts in Macau.

A filing by The 13 Holdings, said it had been notified on February 6 that Evolution Capital Management had taken an interest in 338,628,459 underlying company shares – in the form of unlisted equity derivatives – representing, respectively, “approximately 36.77 percent and 21.62 percent of the existing issued share capital of the company and the enlarged issued share capital of the company (assuming exercise, in full, of all the convertible securities of the company)”.

According to its website, Evolution Capital Management was – starting 2012 – one of the first investment firms to launch a family of funds dedicated to investing in U.S. consumer and small business loans originated by online providers.

The 13 Holdings’ filing added that the company noticed that on February 7 the Ontario Teachers’ Pension Plan Board – a longstanding investor in The 13 Holdings – had “come to have a short position” in the company, in exactly the same number of shares and in the same percentage structure as Evolution Capital Management.

GGRAsia approached several executives of The 13 Holdings seeking comment on the implications of the filing regarding the change of shareholding arrangements, but no comment was available by the time this story went online.

GGRAsia also approached Evolution Capital Management, which lists on its website an office address in Santa Monica, California, seeking comment on its investment strategy regarding The 13 Holdings, but had not received a reply by the time this story was published. We also approached the Ontario Teachers’ Pension Plan Board, seeking comment on the filing’s mention of its short position in the firm’s stock, but had also received no response by the time this story went live.

The 13 Holdings has in the past mentioned plans for a casino at the property. But the company has made no mention in its more recent releases of gaming facilities at the venue.

On Wednesday, Paulo Martins Chan, director of Macau’s casino regulator, the Gaming Inspection and Coordination Bureau, said the bureau had not yet received any request for a casino at The 13 hotel.

The 13 Holdings had previously stated that the average construction cost per room was more than US$7 million – an aggregate construction spend of more than US$1.4 billion for all the rooms in the property. It is described as an all-villa hotel with 200 accommodation units.

In the company’s interim report, filed in December, it was stated that the property was “on track” to open in the first quarter of this year.