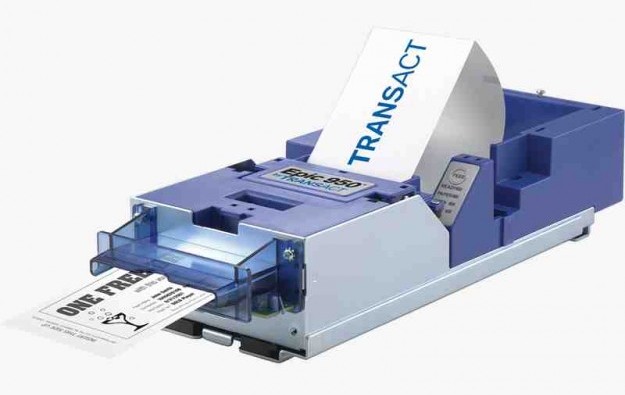 Transact Technologies Inc, a supplier of casino gaming machine ticket printers and other products for consumer transactions, moved to a fourth-quarter loss on operating income that fell 22 percent.

Such quarterly loss was US$412,000 compared to net income of nearly US$1.4 million in the prior-year quarter; on operating income that slipped to US$1.5 million, from US$1.9 million previously, the company announced on Monday to Nasdaq.

Fourth-quarter gross margin improved by 6 percentage points year-on-year, to 50.2 percent, which TransAct  said was the second consecutive quarter a new company record had been set for that indicator.

The 2017 fourth-quarter results included the impact of a US$1.3-million charge to income tax expense “related to the revaluation of deferred tax assets” resulting from tax reform in the United States, the firm stated.

Total revenue in the three months to December 31 stood at approximately US$13.2 million, down 3.0 percent from the prior-year period. Casino and gaming equipment sales during the reporting period slipped 8.3 percent to US$4.4 million, from US$4.8 million a year earlier.

Bart Shuldman, chairman and chief executive of TransAct, said in a statement included in the earnings announcement: “The fourth quarter concluded a year of strong operating performance and growing momentum as we delivered our highest-ever quarterly gross profit margin and established a foundation for 2018 growth.”

On Monday, TransAct’s board authorised a programme to repurchase up to US$5-million of its outstanding common stock on the open market, between now and December 31, 2019.

The imminent return of package tours from mainland China will not only help boost Macau’s tourism businesses, but is also expected to help casinos gain more foot traffic in their mass gaming... END_OF_DOCUMENT_TOKEN_TO_BE_REPLACED